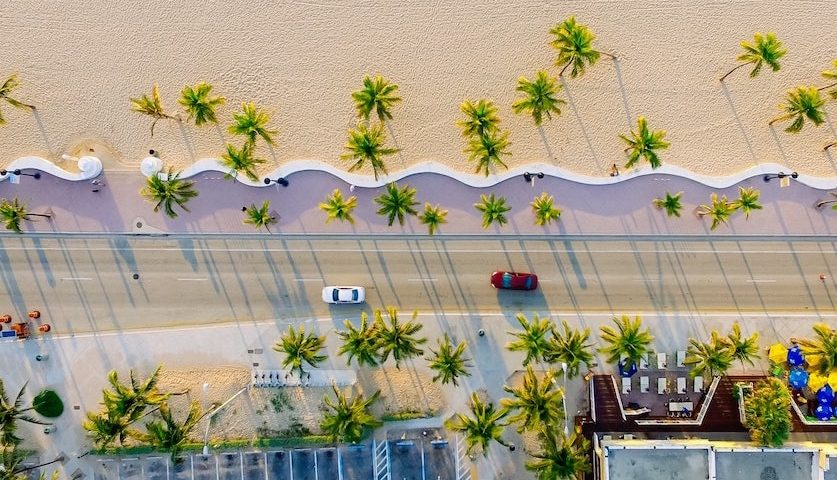 With its tropical climate, vibrant culture, lack of state income tax, and diverse multicultural workforce, Miami is fast becoming one of the hottest tech cities in the US. An increasing number of companies, investors, entrepreneurs, and professionals are now calling the Sunshine City home.

Recent arrivals include PayPal co-founder Bill Harris who announced he is “building a new fintech in Miami” – a digital consumer financial services firm. And in January New York firm Blackstone said it was going to rent a building for a technology unit.

Spotify has already set up headquarters in Miami and huge tech companies like Facebook and Apple also have a presence there.

Earlier this year, amid growing talk of the Florida city being the next big tech hub, Softbank Group announced it would invest $100 million in Miami startups.

Unveiling the investment plans with Miami Mayor Francis Suarez on Twitter live at Bloomberg’s The Year Ahead 2021 conference Chief Operating Officer and CEO Marcelo Claure said “We couldn’t not be part of it.”

In an interview with Bloomberg Television anchor Emily Chang. Claure said: “I think today we’re making baby steps to make sure that Miami will be a player in the tech ecosystem.”

Other tech leaders have been full of praise for the city.

Former PayPal executive, now entrepreneur and investor Keith Rabois said on Twitter: “I have met more new interesting people in Miami in 3 weeks than all of 2020 in the Bay Area.”

Among the African American entrepreneurs who have founded trailblazing businesses there are Andre Kay, founder of leading social marketing firm sociallybuzz and Felecia Hatcher, founder of Black Tech Week and Code Fever.

Given how quickly the buzz has spread about Miami as an attractive place for tech entrepreneurs one could be forgiven for thinking that much of it is due mainly to media hype.

After all, it wasn’t that long ago that places such as Boise and Spokane were being talked about as the next big tech hubs that people would leave Silicon Valley or New York for.

But the city has been steadily developing itself as a technology center for well over a decade.

According to figures from the Economic Innovation Group, between 2010 and 2014, Miami was one of five metro areas that also included New York, LA, Houston, and Dallas, which accounted for 50% of all startups in the United States.

Two years ago Miami was included in the 2019 Startup Genome Ecosystem Report for the first time.

Knight Foundation Miami Program Director Raul Moas, who also served on the Startup Genome advisory board, said in the report: “Miami’s transformation over the last decade goes beyond the built environment. It’s a story about people — those who are choosing to build their lives here and the kinds of endeavors they are pursuing,”

However, even though the city’s momentum has been building steadily in recent years two factors have propelled the rest of the country to quickly sit up and take notice of Miami’s potential as a tech hub.

The first is the Covid-19 pandemic. For many tech companies, New York or Silicon Valley is often top of the list when their search for a suitable location begins.

However, the rise of remote working in the wake of the pandemic has eliminated the need for employees to be physically present in an office building.

This was one of the key reasons that attracted Alexandra Wilkis Wilson, co-founder and managing partner, Clerisy to Miami.

“If employees technically headquartered in other cities are able to work remotely from anywhere, why not try out working from home while based in sunny Miami where one can be outdoors every day of the year?” she told Tech Crunch. “I recently joined a WhatsApp chat called “Nomads in Miami” that includes a variety of intellectually curious people from all walks of life (from creatives to entrepreneurs, to traditional professionals) who are either temporarily in Miami this winter or have made a permanent move to South Florida.”

Support and encouragement from an aggressively tech first mayor is the other key reason why Miami is now in the national spotlight. Francis Suarez has been actively courting tech entrepreneurs for several years.

For Suarez, more tech companies in Miami mean economic prosperity and high-paying jobs for residents. But it was a tweet he posted in December that propelled a huge online discussion about the city’s potential.

When Varda Space co-founder Delian Asparouhov posed the question “what if we move Silicon Valley to Miami?” on Twitter, Suarez responded, “How can I help?”

“It gave me the impetus and energy and incentive to keep tweeting and connecting at a very high rate,” Suarez told CNBC, adding that in December he had 27 million impressions on his account.

“I think the ‘How can I help?’ tweet was sort of an earth-shattering moment because people were like, ‘Oh finally, an elected official that gets it,’ that understands that having companies that are building wealth and creating high-paying jobs is something that benefits a city” he added.

The Mayor also continues to host live events called Cafécito Tech Talks, where he speaks to tech entrepreneurs who have made the transition to Miami.

“We’re building a holistic infrastructure where people will want to come to school here, stay and work here, start their business here, raise their children,” Suarez told AFP. “What we’ve been quietly building over the last 10 years is the financial and educational backbone to support the entrepreneurs and businesses that are now seeing what Miami is all about.”

As part of his efforts to attract technology companies and investors Suarez is also pushing for Miami to adopt Bitcoin and cryptocurrency. In a recent resolution presented to the city commission, the Mayor proposed that Bitcoin should be used to collect taxes and pay municipal workers.

The plan is part of a campaign to make Miami a city that “embraces new technologies,” the resolution said. Speaking to Reuters Suarez said: “Cities like Miami, we’re trying to attract tech town. It’s part of a larger play if you will to position Miami as one of the most tech-forward cities in the country.”

Although the commission approved resolution 4-1, it did so with significant reservations. It agreed only to examine the practicality of the move rather than fully implement the original proposal.

Despite the commission’s reservations on Bitcoin Miami – with its low taxes, quality of life, and forward-thinking mayor – is clearly on the way to becoming what Suarez has worked so hard for, a tech hub that rivals anything Silicon Valley has to offer.