Grammy award-winning songwriter and producer Carvin Haggins is spearheading a controversial drive to urge urban radio stations to clean up their acts.

The Philadelphia native wants to hold stations accountable for the explicit lyrics and suggestive content they play on free urban radio.

Haggins, who has collaborated with artists such as Will Smith, Jill Scott, Musiq Soulchild, Chris Brown, Mary J. Blige, Justin Timberlake and Patti LaBelle, says he is appalled by the content and lack of diversity of songs. 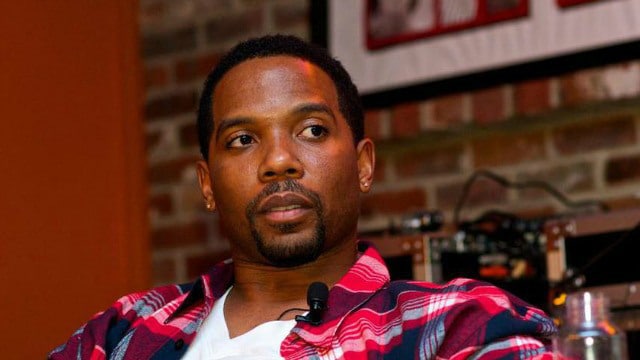 “The reason I am targeting radio is I believe radio is the gatekeeper,” says the multi-platinum songwriter, who has received 21 Grammy nominations and 10 ASCAP writer awards. “This music is toxic to your soul.

Though he acknowledges artists and record labels should shoulder some of the blame, he says, “I look at radio as the distributor of the poison.”

Haggins, who is half of the producing duo “Carvin and Ivan,” says many of these urban stations pump out obscene lyrics across the airwaves throughout the day with little regard to listeners.

He also says that while certain songs are edited on mainstream commercial stations, these profane lyrics are allowed to remain on urban radio.

“I want them to be more responsible about what they’re playing. I also want radio to be more balanced by playing positive music.”

In Haggins’ first interview with a national outlet regarding his new Rage Against the Ratchet campaign, the founder of the Ethical Music Entertainment record label says he was provoked to take action after hearing a voice from God urging him “to protest radio stations.”

Then he received a second sign. “Beyoncé‘s Partition came on, and a little girl no more than four-years-old was singing and performing this record. I turned to her mother and asked ‘do you let her listen to this?’ The girl’s mom said, ‘I found out her bus driver plays this on the school bus.’”

The Rage Against the Ratchet movement kicked off at a grassroots level, with a peaceful protest last month outside Philadelphia’s R&B and Hip-Hop station, WUSL-FM, Power 99. Other similar protects are scheduled over the coming months.

The hit music maker says his main fear is how these songs negatively impact the black community and the minds of impressionable youth.

Now Haggins, a father of seven, wants his concerns as a parent to spark national dialogue. So far, his direct and uncompromising approach is creating enough buzz on social media for people to sit up.

The Change.org petition has garnished more than 800 signatures out of a possible 1,000. Haggins’YouTube video, which calls out several big name artists, is also proving to be a hit.

“I can’t speak for all the artists I’ve worked with. But the records I’ve worked on have been uplifting, positive and respectful of women.”