UrbanGeekz teams up with science group for Twitter Chat 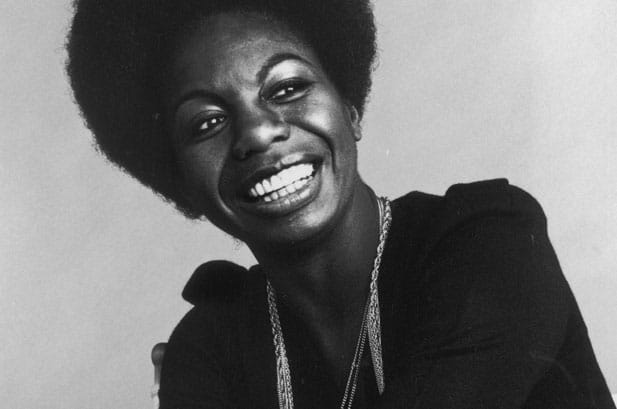 The late Nina Simone sings in French an effortlessly, authentically soothing, soul-stirring, melancholy rendition of the 1959 Jacques Brel recording of “Ne Me Quitte Pas” (Don’t Leave Me). The English version “If You Go Away” is an adaptation by Rod McKuen. I love both versions, which have been translated in fifty or more different languages. This year’s Sundance Festival opened with “What Happened, Miss Simone?” a documentary I hear is a must-see.

Nina’s music stirs the soul. I liken it to one awash in the Holy Spirit in a Baptist church on a Sunday morning. Her classical piano finesse infused with her jazzy and bluesy gospel voice is heard in all of her music, especially in all of her civil rights protest songs. This is not surprising considering she was a fierce civil rights activist. One of my favorites is “Backlash Blues” written by the late and prolific American poet and author Langston Hughes, who was also a staunch activist for social change.

Deeply disturbed and disheartened by the murders of NAACP Field Secretary Medgar Evers in June of 1963, and three months later, the “four little girls” in the infamous church bombing in Birmingham, Alabama, Nina Simone penned and performed “Mississippi Goddam.”

Five years later, the world stood motionless as the assassination of Dr. Martin Luther King Jr. was announced, and in memory of his death, she sang an earth moving song “Why (The King of Love is Dead).” Even after these many years, listening to her sing this song today still evokes raw emotions.

I loved how Miss Simone celebrated her culture and stayed true to herself and heritage with her natural hairstyles and African garb, which complimented her beautiful African- American features. And personally, because of her, I could not be prouder of my dark skin, full lips, broad nose, body type, and my nappy coarse hair that represents the essence of my African heritage.

Sadly, Nina Simone, like many other musicians and artists before her, left the United States in the 1990s and lived abroad in Africa and then in Southern France until her death.

France and other European countries became a safe haven for numerous Negro singers, intellectuals, and writers between the 1940s throughout the 1960s. Many left a part of their heart and their divided soul between two continents, having a love for America where they were born, yet never felt accepted, respected, or treated as first-class citizens. Ironically, the country that gifted us the Statue of Liberty (France) embraced them with freedom and treated them as equals.

So much of African-American history lies in France. Years ago, I was fortunate to travel to Paris. I walked around the Latin Quarter and the St. Germain-des-Pres neighborhood and stopped at a few cafes. I imagined the likes of Richard Wright, James Baldwin, Chester Himes, Josephine Baker, and countless others enjoying a glass of French wine and socializing with pen and paper, or perhaps a typewriter, creating great literature and music while pondering the future of race relations in America.

These literary and musical greats, I think, would be astonished at much of the progress that we now see in America; opportunities and successes that were denied them, are actually being enjoyed by many of today’s artists and celebrities of their stature. The United States is currently one of the world’s most ethnically diverse and multicultural nations.

Nina Simone could certainly write and perform an uplifting song of jubilee about finally having an African-American president in the White House. Wouldn’t they all marvel that most racial barriers have been knocked down?

To vote, to live in any neighborhood, to marry whomever we love regardless of race, and to know that the Constitution of the United States and the rule of law protects us all is a virtual reality today. There is a lot of America to go around. As the saying goes, when you know better, you do better.

I pay homage to the following:

This article first appeared here in the Huffington Post