All-star line up at UNCF An Evening of Stars 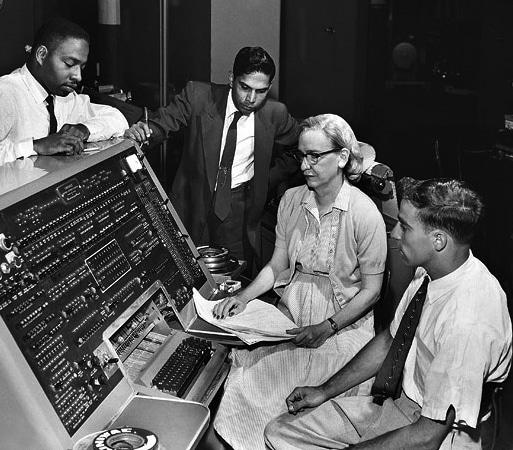 “CODE: Debugging the Gender Gap,” which debuted Sunday at the Tribeca Film Festival in New York City, addresses reasons why so few women and minorities pursue computer science and how the technology sector does not always cultivate a culture attractive to or welcoming of women. In the film, interviews with young girls, college and university professors and administrators, historians and industry professionals are interspersed with animation, statistics and pop culture clips, bringing awareness to a global issue and demonstrating ways to close the gender gap and the digital divide.

Robin Hauser Reynolds, director and producer of “CODE,” says she was looking in spring 2013 to make a new documentary and that she wanted to focus on the technology industry. Her award-winning documentary, “Running for Jim,” had premiered that March. “Tech is so relevant and I live right in San Francisco, but I hadn’t quite found the right angle,” she says.

When she was brainstorming with Staci Hartman, producer of “CODE,” Reynolds says her daughter was frustrated by her college computer science courses. Her daughter would call home, “feeling that she was doing really poorly in the class, feeling like she didn’t really belong,” Reynolds says. “This was a child who had always been pretty confident academically.”

Around the same time, Reynolds recalls reading newspaper articles reporting that graduates with computer science degrees would have good chances of finding jobs. She says that she and her daughter’s father encouraged her to stick with computer science, a subject in which her daughter was interested. She, however, was one of two women in a class of 35 and Reynolds describes an issue of “ambient belonging,” which she defines as “not feeling comfortable in your space.”

In addition, there was a sense that the other students already had exposure to the subject, she notes. “What we’ve since learned is that what’s going on there is because … of a lot of video games, and computer games that guys are playing … whether they know it or not, they have a foundation and an understanding for logic and programming by the time they get to college,” Reynolds explains.

“I think that can be intimidating and off-putting to women. And it’s nobody’s fault,” she adds. “It’s just sort of what’s happening.”

During her introductory remarks on Sunday, Reynolds dedicated the screening to her daughter and to Hartman’s daughter.

Reynolds points out that there will be 1 million unfilled computer science-related jobs in the U.S. by the year 2020 and that the technology industry needs more people to fill those jobs. She attributes the lack of representation by women and people of color mainly to the disproportionate number of female, African-American and Latino role models in that sector.

“You cannot be what you cannot see,” she says.

Among the interviewees in the documentary is Kimberly Bryant, founder of Black Girls CODE, an organization that hosts events and after-school programs to teach coding to girls from underrepresented communities. Filmed at a Black Girls CODE hackathon, Bryant describes hackathons as “endemic to the tech culture,” and says the goal is for participants to “go back into the broader culture and make a difference.

“CODE” highlights that certain toys, such as the Barbie doll, do not always encourage young girls to pursue math or computer science. It includes a 1992 clip of the Teen Talk Barbie Doll uttering “math class is tough” and describes how in the book, “Barbie: I Can Be a Computer Engineer,” originally published in 2010, Barbie’s computer becomes infected with a virus and she requires the help of two male characters to fix it. The text of Mattel’s 2014 apology for the book’s depiction of Barbie appears on the screen.

Debbie Sterling, founder and chief executive officer of GoldieBlox, who graduated with an engineering degree from Stanford University, discusses in the film how her company produces construction toys geared for girls and designed to generate interest in science, technology, engineering and math (STEM).A GoldieBlox commercial in which girls come together to build a rocket aired during the 2014 Super Bowl; Sterling describes it as a “girls’ empowerment ad.”

MAIN PHOTO: “CODE: Debugging the Gender Gap” includes mentions of Grace Hopper, an engineer who was influential in the early years of computer science.