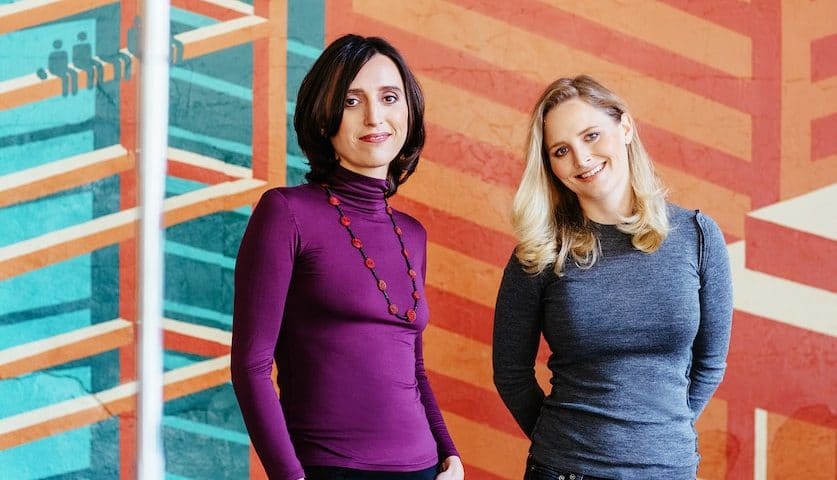 Everyone has their theories about why there aren’t more women in technology. Some say it’s that women aren’t studying computer science and therefore aren’t applying for jobs in the field. Others say it’s due to a certain degree of bias in an industry where predominantly male leaders hire predominantly male employees because they see similarities between themselves and their hires.

But Katharine Zaleski and Milena Berry say there’s another reason, which is that tech companies aren’t giving women—particularly mothers—the flexibility they need to raise a family and pursue their careers at the same time. “There are two bad choices for women: go back to the office full-time or slowly lose your career because you can’t go back to the office full-time,” Zaleski, a former editor at The Huffington Post, explains.

Which is why the two working mothers decided to launch PowerToFly, a job site that connects women with employers who are willing to let them work remotely. The site launched in August, targeted primarily toward women in tech. Since then, it’s had tens of thousands of women across multiple industries register for the site and apply for jobs with nearly 700 big-name employers like Buzzfeed and Hearst. Just last week the company launched its own app, PowerToFly Connect, which serves as a sort of social network and news site for this new community of remote workers. “We launched strong with our job matching platform,” Berry, former CTO of a non-profit, says, “and now we’re creating a media platform around these issues for women.”

More Than A Hunch

The fact that employer flexibility plays an important role in the persistent gender gap is more than a hunch. There have been plenty of studies showing that despite their move into the workplace over the last several decades, women still feel more pressure than their male counterparts to step back from work once they have children. One 2013 study by the Pew Research Center found that 51 percent of women said being a working mother made it harder to advance their careers, compared to 16 percent of fathers. That same study showed that 42 percent of mothers had reduced their work hours to care for family, while just 28 percent of fathers said the same.

Meanwhile, a recent study out of the University of Wisconsin-Milwaukee on why women leave the tech field found that one third of women surveyed left to tend to their families “because companies weren’t flexible enough to accommodate work-life concerns.”

“The vast majority of women will become mothers and face the same choices we faced,” Zaleski says. “The amount of women in the workforce peaked in 1999, and that’s because there’s no third way. We see ourselves as creating that option.”

Of course, not all companies are willing to embrace remote employees, no matter what it could do for their diversity numbers. One highly publicized example is Yahoo CEO Marissa Mayer’s moratorium on working from home when she took the helm at the tech giant. When Mayer defended the new policy, following much controversy, she argued that people are “more collaborative and innovative when they’re together.”

According to Zaleski, this is not an unusual viewpoint for tech companies, which is one reason why PowerToFly has struggled to gain traction among tech employers. “They want to deal with the issues internally,” she says, referring to issues of diversity in tech. “They’re very focused on setting up committees and talking about the issues, but they’re also very committed to having everyone in the office.”

Still, she says those businesses that are signing up with PowerToFly are already beginning to see results. The company, which vets applicants on behalf of businesses, receives an average of 14 applications per position. While PowerToFly won’t share exactly how many people have landed jobs through the platform, they say they’ve connected BuzzFeed with 20 new hires and Hearst with 16. Meanwhile, PowerToFly has hired its own employees through the platform, growing its headcount to 35 women working in eight countries around the world.

For Zaleski and Berry, this platform is not just a way to get more women into work but a quick way for tech companies that care about the gender imbalance to make an immediate dent. “You hear these guys talk education, education, education,” she says. “Well, that’s 10 years out. Why not invest in the women who are here now?”