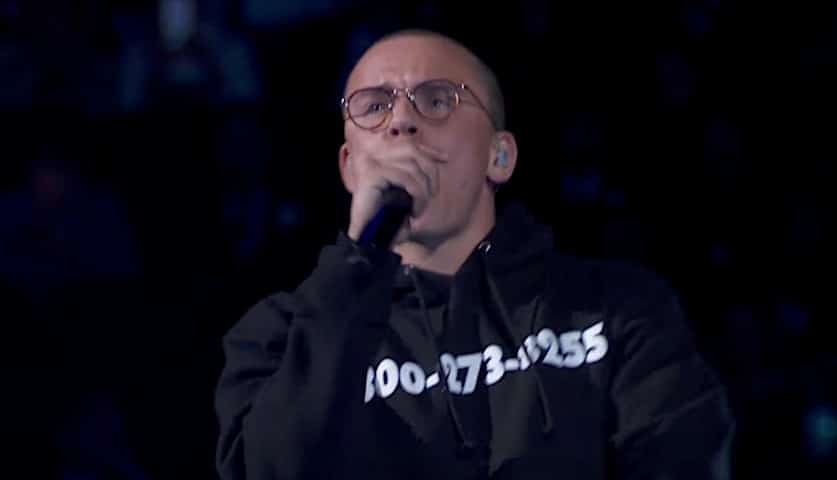 Google has just released a new commercial for Pixel 2 with a powerful message. The tech giant has partnered with rapper Logic and the National Suicide Prevention Lifeline to bring awareness to mental health.

They have teamed up for a TV advert that features Logic singing his poignant song “1-800-273-8255” named after the phone number for the National Suicide Prevention Lifeline. The advert, like the song, offers a message of hope for those dealing with depression and suicidal thoughts.

In the ad, the Google Pixel 2 smartphone captures a montage of “real people” enjoying activities in their everyday life. “Lauren and her new place, soon to be crammed with all her friends; Steven on the basketball court where he schools his military buddies; and Mike at his weekly barbeque club.”

By the end of the commercial, we discover all the protagonists are survivors who at one time called the lifeline to find a reason to live to see another day.

The video was posted on YouTube last week in the runup to the 60th annual Grammy Awards where Logic performed the Grammy-nominated song alongside best new artist winner Alessia Cara and five-time nominee Khalid.

The trio previously performed the hit single at the 2017 MTV’s Video Music Awards. The performance received wide acclaim, as the artists were joined on stage by suicide loss and attempt survivors wearing shirts with the phone number on the front and the phrase “You Are Not Alone” written on the back.

Since the song’s debut in April and MTV performance, the Suicide Prevention Hotline has seen record numbers and a spike in social media engagement.

The biracial artist joins a growing number of rappers, including Lil Uzi Vert and B.I.G. Krit, who are bringing more attention to struggles with suicide and depression both in and outside the music industry.

It’s no secret that African Americans and Latinos are avid consumers of technology products and services. This is something Google most likely considered when producing the ad, which features a range of diverse protagonists on screen.

“Historical trauma caused by centuries of systemic racism and violence against black bodies has had a large impact on the mental health of the community,” said a spokesperson at BLKHLTH, a platform to expand the conversation around the topic, told UrbanGeekz. “And despite the need for treatment, barriers to access and utilization persist in our communities in the form of under and uninsurance, lack of transportation, medical racism, and stigma around getting help.”

“That commercial was so moving and with the performance with Logic and Alessia Cara brought it home,” said Fred Quinn, an assistant teacher at a school for children with learning disabilities in Lanham, Maryland. “I think that the commercial shows how normal it is to go through it.”

Removing the stigma and making sure people know that they are not alone may be a huge step towards bringing awareness to the issue. No word on where this partnership with Google will further go, but hopefully it will bring a larger conversation to this far-reaching issue.