5 Tips To Boost Your Self-Confidence As An ‘Underestimated’ Entrepreneur 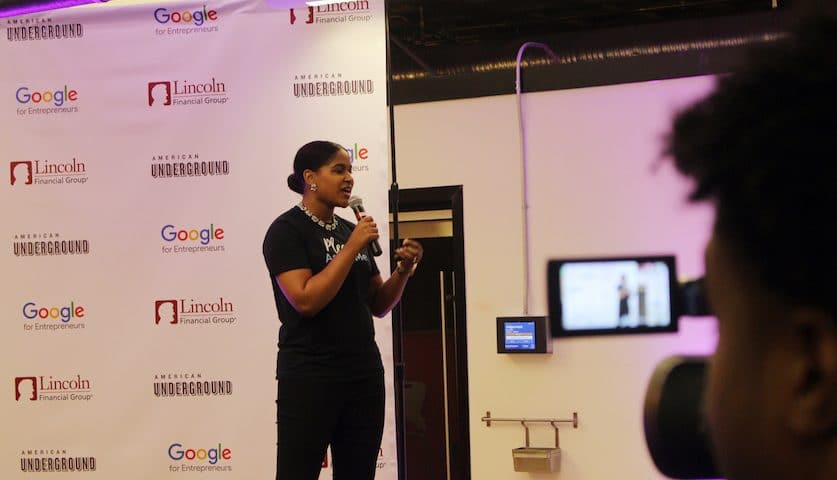 Startups Have Until August 8 to Apply

The Google for Entrepreneurs Exchange: Black Founders is heading into its third year with its groundbreaking initiative to address the funding gap for minority-led startups. With the deadline to apply just days away, teams have hours to apply to the program (Sept 23-28) that takes place at the American Underground startup campus in Durham, North Carolina.

The week-long immersion course provides access to capital, mentorship through one-on-one coaching, training with skilled tech and business experts, and the chance to network and forge connections with ambitious black founders in the startup ecosystem.

Those selected are given actionable tips and knowledge to grow their business, fine-tune their messaging, and raise funding. Past participants say that the opportunity was a meaningful and beneficial takeaway.

“It was actually a great experience,” said Sheena Allen, CEO and Founder of CapWay, an app that allows users to manage their money online and learn ways to secure their financial future. “I always recommend black founders to apply, and I spread the word anytime I know they are accepting new companies. I ended up making some connections that are still helpful to this day. I also met other founders who I have built great connections with and have become accountability partners. Most importantly, you never know who is going to be in the room on demo day so it’s just a great opportunity.”

While participating will give founders the knowledge and connections to scale successfully, the pitch event may be the most sought-after highlight. Founders address VCs and angel investors from across the country. The goal of the program for as many founders as possible to raise angel/seed round founding. 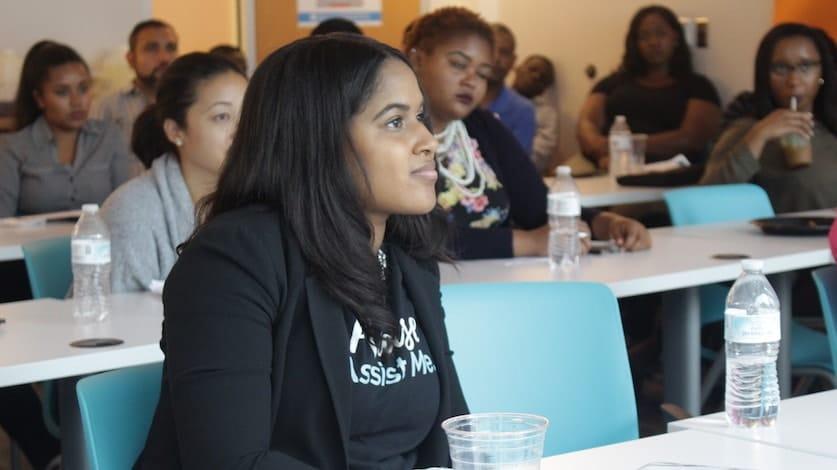 Founders in a session during the 2017 Google for Entrepreneurs Exchange: Black Founders

Last year, half of the teams received 25K in convertible notes from Backstage Capital immediately following the pitch competition, according to Phillipe Charles, Director of Communications & Member Experience at AU.

“The Black Founders Exchange program is one of the nation’s leading programs for founders of color preparing to raise seed capital,” said Doug Speight, Executive Director. “It’s a rapid-paced, mentor-intensive program that helps Black-led startups assess critical elements of their operation: customer acquisition, leadership, technology, finance. It’s amazing to see the teams begin to implement what they’ve learned as early as the program’s final pitch day. For the past two years, nearly half of each cohort has had capital committed following their Demo Day pitch.”

In fact, the program is geared towards startups raising or preparing to raise a seed round. T be eligible companies must focus on software, consumer products, big data, analytics or the internet of things; must have a prototype or minimum viable product, and finally must have conducted customer interviews or have beta/paying customers.

That same weekend black entrepreneurs will gather for the Black Wall Street Homecoming in Durham, N.C. For this event, an even larger number of founders, CEOs, and tech enthusiasts are expected to turn up for extended networking, ecosystem building and, to have a good time, as the Art of Cool Festival will rock the city as well.

The American Underground is one of the most dynamic, high-powered, and well-connected communities of entrepreneurs in the Southeast. The co-working space finished a record year last year for the startup community raising $39.4 million and boasts almost half of their startups as women or minority-owned.

Black founders don’t want to miss out on the opportunity to potentially raise money and join a network where entrepreneurs get the resources to create groundbreaking companies.

Applications are open until August 8, 2018. Teams can apply here: black founders.co Selected founders will be announced within two weeks and the one-week intensive program takes place next month on Sept 23-28.