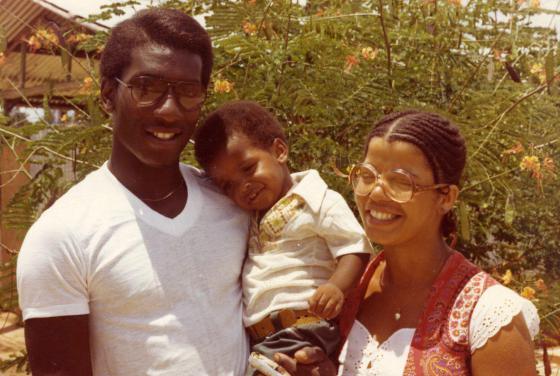 Two weeks after the 35th anniversary of the Jonestown suicide-massacre, one of the few survivors has opened up about the horrific tragedy and battle to rebuild her life.

Leslie Wagner-Wilson, who was just 21 at the time, escaped with a handful of defectors on the same day nearly 1,000 Americans died in a mass suicide at the Peoples Temple commune in Guyana.

The 56-year-old says the stigma of surviving such an unthinkable event has blighted her life. After arriving back to the States she “went through hell” – drug addiction, three failed marriages and even toying with suicide, she writes in her 2009 memoir, Slavery of Faith.

“Twenty years I was in denial,” says Wilson. “So as the time wore on I’ve got through the post-traumatic stress, I’ve moved past the survivor’s guilt, depression.”

“So every year gets easier although I will never forget and they are with me daily, my family, those that were lost.”

The 11 survivors, including Wilson, devised the plan to escape when California Rep. Leo Ryan visited the commune “because there’d be so much activity.” Congressman Ryan and a group of concerned relatives had flown into Guyana on an investigative mission.

Though Wilson fled Jonestown with her 3-year-old son, Jakari, strapped to her back, most of her biological family was wiped out. She lost her mother, sister, brother, husband and countless others.

Jim Jones, the founder and self-appointed charismatic leader of the dangerous cult, had ordered his followers to commit a “revolutionary act” of suicide. It happened shortly after Jones’ gunmen killed Congressman Ryan and four others at a nearby airstrip.

“It was a systematic brainwashing,” she says. “That was what it was. He was just an incredible con artist and manipulator. And when people say was he true at any one time I really don’t believe he was.”

On that fateful day, November 18, 1978, some 918 people died, mainly from drinking cyanide-laced Kool-Aid. One third of the victims were children.

Still, Wilson refers to the tragedy as a massacre or a mass murder-and suicide-pact. Autopsy results showed gunshots on some of the bodies and it is likely that those who did not want to cooperate were murdered by armed guards, she says.

“It wasn’t a suicide: it was a massacre. Maybe they thought it was a test like we’d done before. We don’t really know what happened that day because only 7 autopsies were done.”

The overwhelming majority of those who perished were African-American. Prior to September 11, 2001, the massacre was the most deadly single non-natural disaster in U.S. history.

Disturbingly, Wilson believes there could be another Jonestown. She is working closely with a family whose daughter has joined a questionable cult and says the lure exists, even today.

Wilson was indoctrinated into the Peoples Temple when she was a child growing up in California. Though she had doubts, when the Temple moved its headquarters to Guyana in the late 1970s and her husband took their infant son she felt she had no choice but to go.

In Guyana, she says conditions quickly deteriorated as time went on. Followers were beaten, drugged, publicly humiliated and forced to work all day. There were also suicide drills.

“Because Jim had so much control then there was nowhere for us to go.” Jonestown was also in the middle nowhere: the South American jungle.

When asked what was the appeal of the Peoples Temple Wilson recounts that Jones touted the organization as an inclusive racially integrated church that helped the elderly and needy at a time when there were few options.

She says despite the public persona, within the rank and file of the Peoples Temple there was racial inequality.

“As I looked further back I could see the majority of the leadership was Caucasian, was white. And so there was a racial disparity, not just in San Francisco but of course once we got to Jonestown must of us worked in the fields six days a week. The majority of the population in Jonestown and the Peoples Temple was black.”

Still, Wilson says despite her traumatic life experiences with the pseudo socio-religious cult her love of God has been her biggest source of encouragement. “It’s that faith that has kept me going,” she says.