New App pays you to shop ‘Til You Drop 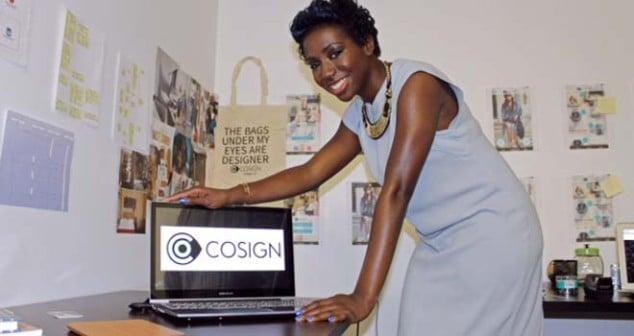 Social media users can soon receive money from posting pictures with the upcoming app, COSIGN. The app is free of charge and works with a few simple steps.

First, users tag an item in a photograph with its retailer, designer, and cost. Next, the picture is shared to social networking platforms, such as Twitter and Facebook.

Then app users earn money based on the number of purchases the tagged item made. Cash can be collected after earning $40 and rewards vary based on the item.

When co-founders Esosa Ighodaro, a Nigeran and former CITIGROUP employee, and Abiodun Johnson, a Dartmouth College graduate and engineer, met in a subway platform, they found a common bond in technology. Their resulting app seeks to make it easier to get information through social media.

Since its creation in 2013, the app has already amassed fame on social media. It has over 11 thousand followers on Twitter, more 1 thousand likes on Facebook and greater than 700 followers on Instagram.

With 250 backers, the app also has over $40,000 pledged to it on its Kickstarter campaign page.

One endorser of the product is the founder of RUSH Communications Russell Simmons.“This dope new shopping app @COSIGN will livestream my @Argyleculture fashion show on COSIGN.co TOMORROW at 8PM EST #NYFW2014,” Simmons said in a tweet.

COSIGN has partnered up with over 1,200 brands and retailers, including Macy’s, Swarovski, Betsey Johnson, Blue Fly and Forever 21.

The app also has over 13 million products available in its database for users to tag.

The tagged items can be divided into sixteen categories. Arts and crafts, clothing and accessories, and travel are a few of them.

Currently, the app is in beta and will be coming soon to the App Store, Google Play, and Windows Store mobile devices. Updates on the app’s availability are accessible by signing up for alerts at COSIGN.co.

Exclusive rewards were given to Kickstarter pledgers. The rewards included a hands-free selfie case, LaQuan Smith and COSIGN collaborated t-shirt, “The bags under my eyes are designer” COSIGN designed tote, and a COSIGN designed hat.