The Untold Story of Atlanta’s Rise in the Rap Game

Google gives $775,000 in grants to improve diversity in tech

Weathering the Storm: African-Americans in Meteorology 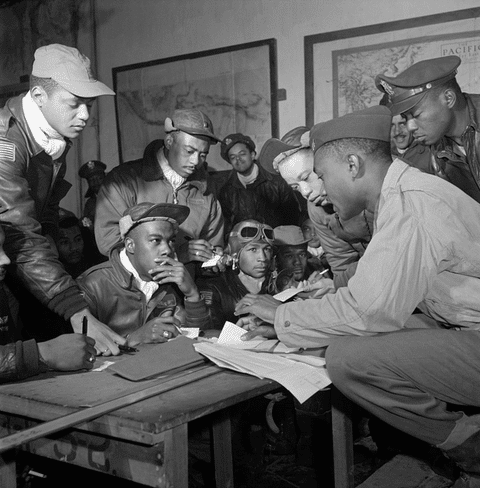 February is Black History Month. At WxGeeks, we thought this would be a good opportunity to share some history and perspective of African-Americans in the field of meteorology.

WxGeeks viewers should find the episode revealing and interesting regardless of your background. I certainly have a unique perspective on this episode as the only African American to receive a doctoral degree in meteorology from Florida State University and only the 2nd African-American to preside over the American Meteorological Society (AMS).

The episode seeks to provide insight on the rich but limited history and unique challenges as well.

For example, many people are familiar with the Tuskegee Airmen of World War II. But, did you know that there was a Tuskegee Weather Detachment that likely produced the first black meteorologists? This short document is a must read for weather, African-American, or military history buffs→ Link. The Weather Channel’s Paul Goodloe brings us an amazing segment on this historic group in the episode.

There are other great stories that we could tell but we just don’t have the time. We could talk about the pioneering role that the Jackson State University undergraduate meteorology program has played in producing a cadre of meteorologists or the continuing role Howard University’s Program in Atmospheric Sciences is playing at the graduate level. We could reflect on the annual AMS Color of Weather reception, the past Association of African American Meteorologists (AAAM), or the efforts of the AMS Board on Women and Minorities.

There are colleagues that could be featured such as Lonzy Lewis, Patricia Brown, Al Roker, June Bacon Bercy, Rear Admiral Evelyn J. Fields, John Jones, Paul Trotter, Ed Young, Mary Newton, Dave Caldwell and Sam Williamson. There is a new generation of black meteorologists like Alan Sealls, Janice Huff, Yolanda Amadeo, Derrick Beasley, Bryan Busby, Asha Tribble, Vernon Morris, Everette Joseph, Michael Morgan, Greg Jenkins, Dana Carlis, Michelle Hawkins-Aguilar, Ashton Robinson Cook, Deanna Hence, Vivian Brown and others that may not be listed but are equally as significant (Note: if you know of other names or contributions, please message me as I would like this blog to become a living document).

National Weather Service-Shreveport Warning Coordination Meteorologist (WCM) Bill Parker joins me in the studio to share his unique insights as the only African-American WCM in the United States and as someone that worked with the unique vulnerabilities under-represented minorities faced during Hurricane Katrina (e.g., think back to most of the faces in the Superdome or on buses after the storm). Everyone is equally affected by such storms whether you are black, white, green, or periwinkle (I only know that is color because it was used in my wedding ☺), but studies also find some unique vulnerabilities when it comes to certain groups.

James Spann, on WxGeeks, even talked about how citizens in his market that speak English as a second language have vulnerabilities when it comes to storm warnings. Some of my students’ research at University of Georgia has found disparities in tornado siren coverage as a function of communities and income. Bill Parker has worked with past National Weather Association (NWA) President Bruce Thomas (Midland Radio Corporation) to raise awareness on these issues, and WxGeeks is grateful to Bruce for recommending Bill as a guest on the show.