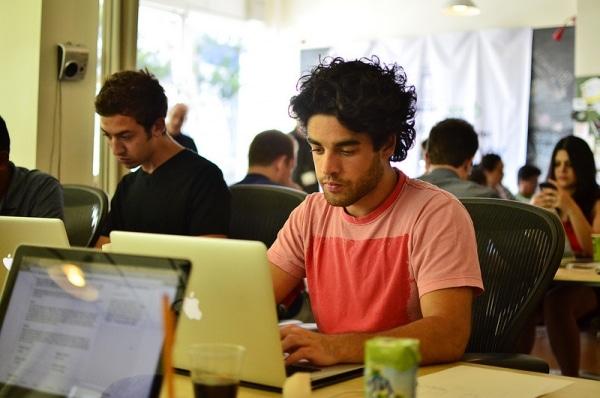 It’s a ritual that’s becoming more rampant across the nation. The alarm on your smartphone goes off, and before jumping in the shower or brushing your teeth, you first check your email, Facebook or both. While some of us may lament this new intrusion on our morning routine, it’s a simple fact of life that smartphones and other forms of new technology are becoming an integral part of our daily lives.

In fact, technology is now the key to success in this increasingly digital economy, especially for younger generations. Latinos, whose median age (27 years old) is a full decade lower than that of the U.S. overall, stand to gain the most from this changing economy, but only if we acquire the skills, knowledge and resources necessary to take full advantage of the opportunities that lie ahead.

This is why more than a thousand Latino attorneys, judges, lawmakers and law students are congregating in Las Vegas beginning today for the Hispanic National Bar Association’s Corporate Counsel Conference, which is themed “Embracing Technology.” We chose to host our conference in Nevada not only because it is an important state, with one of the fastest growing Latino populations in the nation, but also because Las Vegas is widely anticipated to become a major incubator for tech startups — the next Silicon Valley if you will.

But Las Vegas won’t be leading the tech revolution if almost half of its student population — who are Latino — is left behind. Nationwide, Hispanics are simply not sufficiently exposed to STEM education (science, technology, engineering, and mathematics) in their K-12 curriculum. Studies have shown that only 16 percent of Latino students who began college as STEM majors completed a STEM degree. And although STEM jobs are the fastest growing sector, less than 2 percent of the STEM workforce is Hispanic. We need to change these statistics, not just for the sake of our children’s future, or of Nevada’s, but of the entire nation.

The growing importance of technology affects not only our businesses but also increasingly personal aspects of our lives. Just two years ago, the Supreme Court, in Riley v. California, ruled that warrantless searches of cellphones were unconstitutional. The court rightly understood that cellphones are not simply communication devices. A smartphone with just 16GB of storage — the minimum storage on most smartphones these days — translates into millions of pages of text, thousands of pictures or hundreds of videos. And with GPS tracking, those mobile devices know exactly where we’ve been each and every day. That’s a lot of data that needs to be protected. Whether we are talking about smartphones and data privacy, intellectual property, cybersecurity, body cameras on law enforcement officers or voting machines, technology intersects with the practice of law in very real and tangible ways.

Unfortunately, the tech business and the legal profession are two of the least diverse industries in the nation. If we truly believe diversity is a strength for our businesses and our economy, then all of us — educators, lawyers, policymakers, business owners, angel investors — need to recognize that goal and work proactively toward it.

Read the rest of the story by Robert T. Maldonado, president of the Hispanic National Bar Association, here.