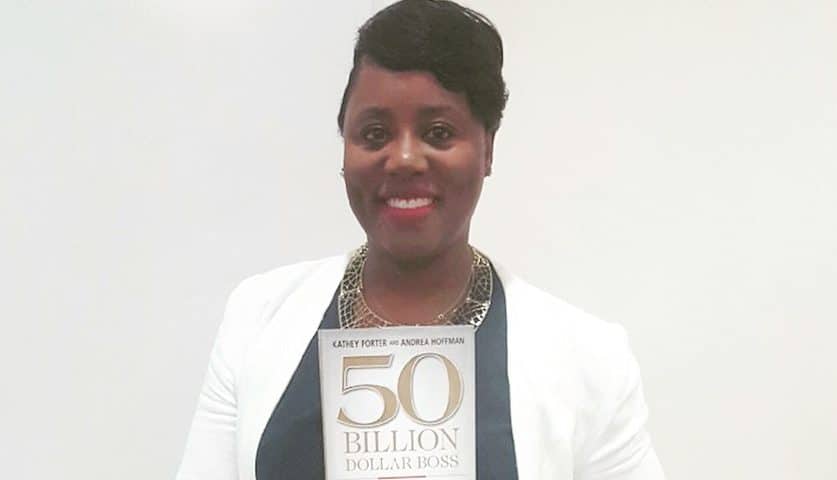 Over the weekend, a group of African-American women gathered at the illustrious Spelman College in Atlanta, Georgia for an intimate discussion and book signing with Kathey Porter, co-author of 50 Billion Dollar Boss.

Porter, a sought-after small business expert who resides in Florida, is on the first leg of her national book tour. Her recently published 50 Billion Dollar Boss puts the spotlight  on a select group of black American women leaders and recognizes them for their economic power and business acumen.

So just how much do Black female entrepreneurs contribute to the economy anyway? Porter and co-author Andrea Hoffman tackled this long overdue question by analyzing stats from the 2014 State of Women-Owned Business Report and discovered the answer is $50 billion in revenue, hence the book’s catchy title. 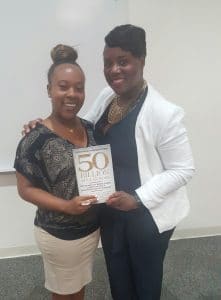 “We thought this title was fitting for the book because when you hear 50 billion it becomes very impactful and very real that this group is doing some amazing things and they are contributing to our overall economy,” Porter said during her talk at Spelman College on Sunday. “They are a group that should be recognized and supported.” Nearly every audience member did just that and bought a copy of her book.

50 Billion Dollar Boss: African American Women Sharing Stories of Success in Entrepreneurship and Leadership shares the stories of 12 African-American female leaders and entrepreneurs and chronicles their success, obstacles, challenges, and lessons learned.  Every woman in the book had to overcome either a financial or social obstacle in her personal life or career.

In fact, even Porter and Hoffman encountered their own setbacks trying to find and work with a reputable publishing agent. “This market is too small” or “This book will never sell,” said some literary agents.

Still, the pair’s perseverance and dogged determination have paid off. 50 Billion Dollar Boss was nominated for the 2015 NAACP Image Award for Outstanding Literary Work Non-Fiction. It has also been ranked as the #1 New Release in ‘Business and Entrepreneurship’ by Amazon.

In an interview with UrbanGeekz at the Spelmanite event, Porter said, “Telling our stories is so important or else we will get blocked out.” 50 Billion Dollar Boss provides a positive representation of African-American women in the economic market and serves as a blueprint for Black entrepreneurs to take their businesses to the next level. However, it won’t be a smooth ride to success. 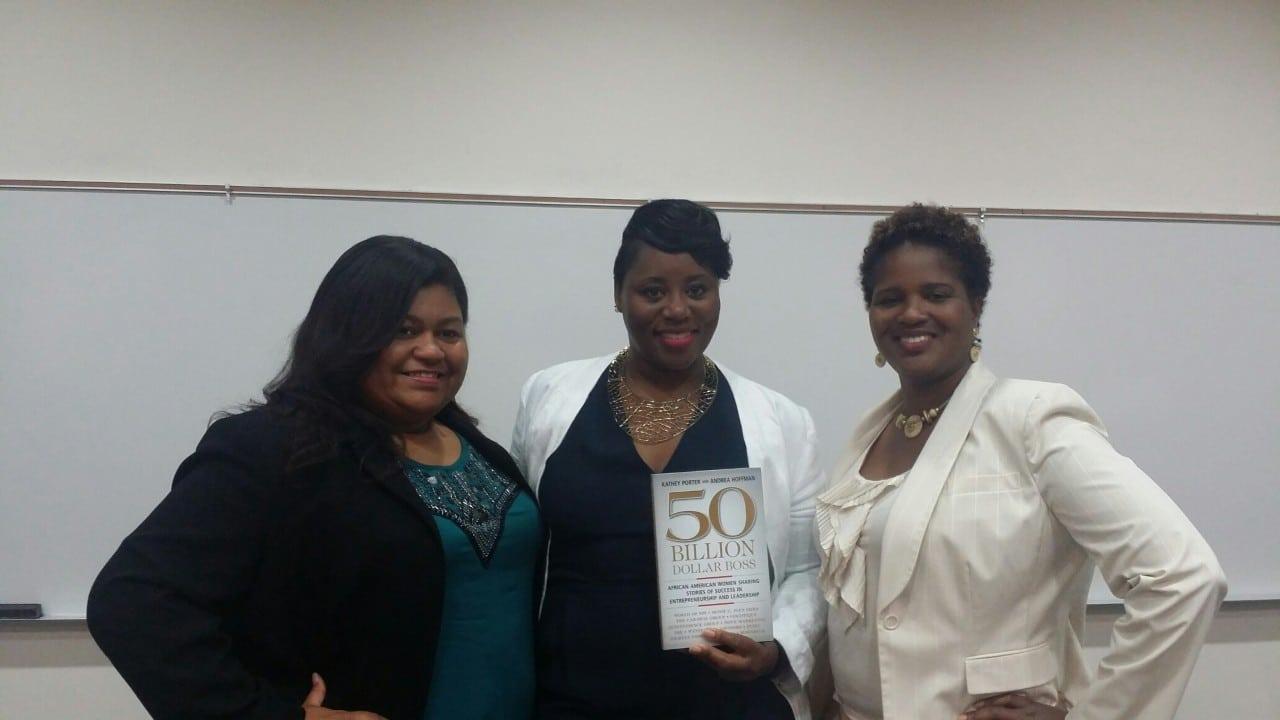 Many entrepreneurs fail countless of times before they succeeded. Oprah Winfrey was publically fired from her first television job as an anchor in Baltimore, Maryland, for getting “too emotionally invested in her stories.” Now Winfrey is worth $3 billion according to Forbes magazine and owns a prominent television network.

An audience member asked Porter, “What advice would you give to aspiring entrepreneurs?” She passionately replied, “Stay persistent! Do not give up or get deterred when you get a No or even if you fail at first, try something else. Don’t let that become the determining factor for your success.” Tough skin, persistence, and resilience are something every entrepreneur needs.

Next, Porter plans to pursue a documentary project and potentially a second book. She is excited for what the future has in store for her and so are we.