Common Work-Related Injuries To Watch Out For

Lost In The World Of New Business Tech? You Won’t Be After Reading This 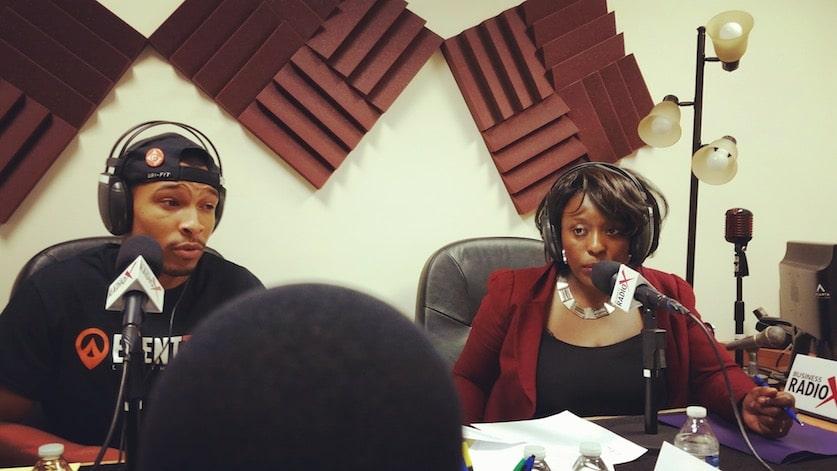 UrbanGeekz has partnered with Business RadioX to create Minority Business Radio, an exciting new show that gives listeners invaluable insight into what it takes to sustain a business and successfully climb the corporate ladder.

McLeod launched Event Tent app over two years ago out of his dorm rooms at college. The innovative mobile application enables users to create, discover, and preview live events from multiple perspectives. McLeod and his team have won multiple awards, contests, and recognitions, including the highly published UrbanGeekz and Atlanta Tech Village startup competition.

When asked by UrbanGeekz CEO and Minority Business Radio on-air host Kunbi Tinuoye what motivated him to become a part of the entrepreneurial ecosystem, McLeod said he and his team want to be “tech pioneers” to increase minority participation in technology.

“Being an African-American in the tech space is very new for our culture because we’re used to rapping or playing sports,” McLeod said, “I wanted to show something different. You can be cool and be in technology” 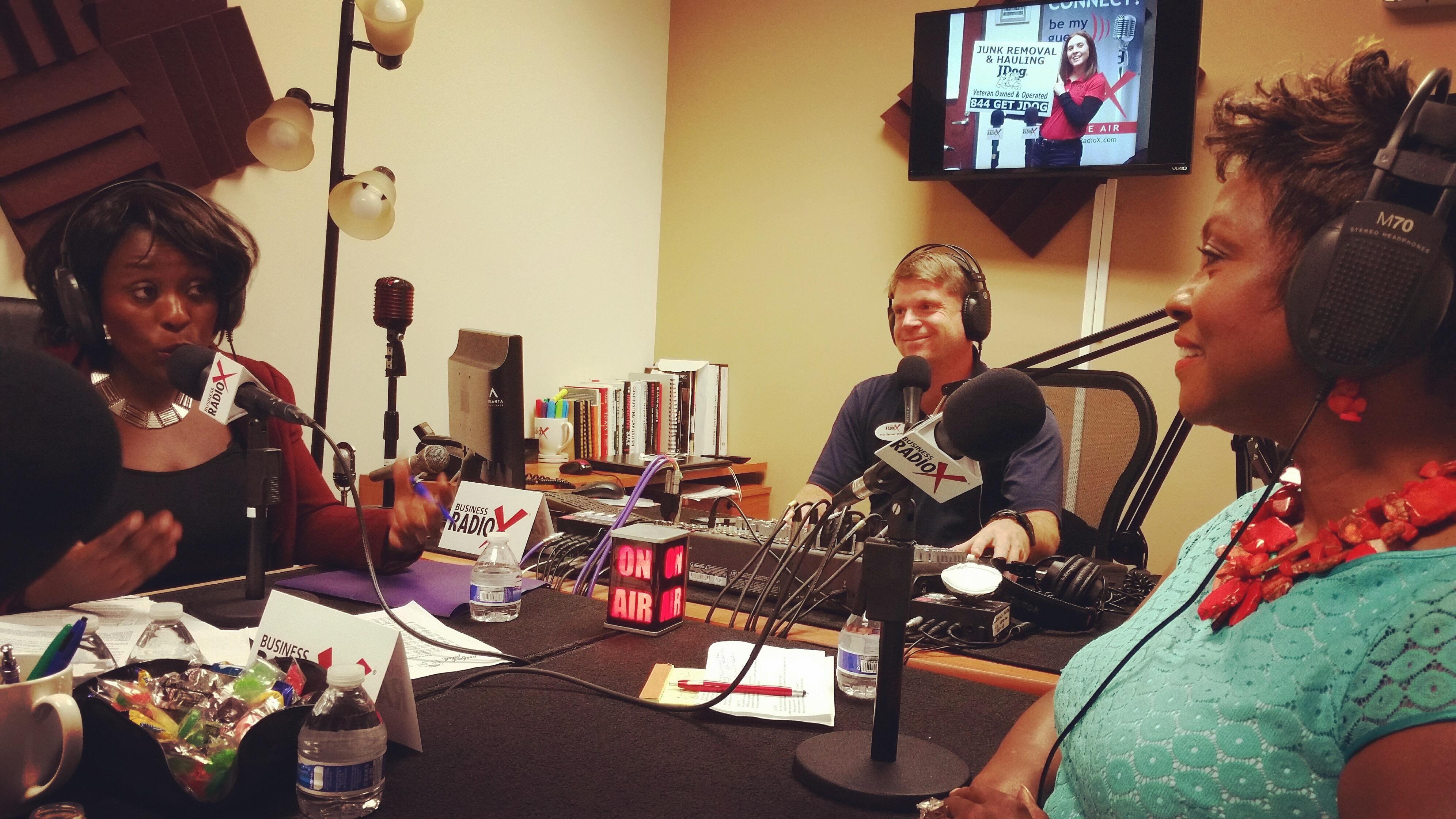 During the hour-long live show, Parker shared nuggets of information about her successes as a chief executive, corporate professional, and philanthropist. She is the first woman in the U.S. to run a multi-million dollar, full-service security company.

Parker attributed her business acumen to “education, relationships, mentors, and not being afraid to establish a business that would ultimately become a corporation.”

“I built a team of experts in their specific areas, human resources, finance, marketing, and directors of operations within the field,” she added. “We as African-Americans typically stop at the point of doing what we know how to do, but in order to sustain and grow a company we’ve got to come outside of the box and begin doing and offering services that we’re not as comfortable with.”

Parker also highlighted her many other accomplishments, such as her philanthropic works with her self-titled foundation, which provides scholarships and programs for college students. Her recently published book titled The Chick in Charge is a blueprint to empower readers, especially women, to embrace leadership roles. 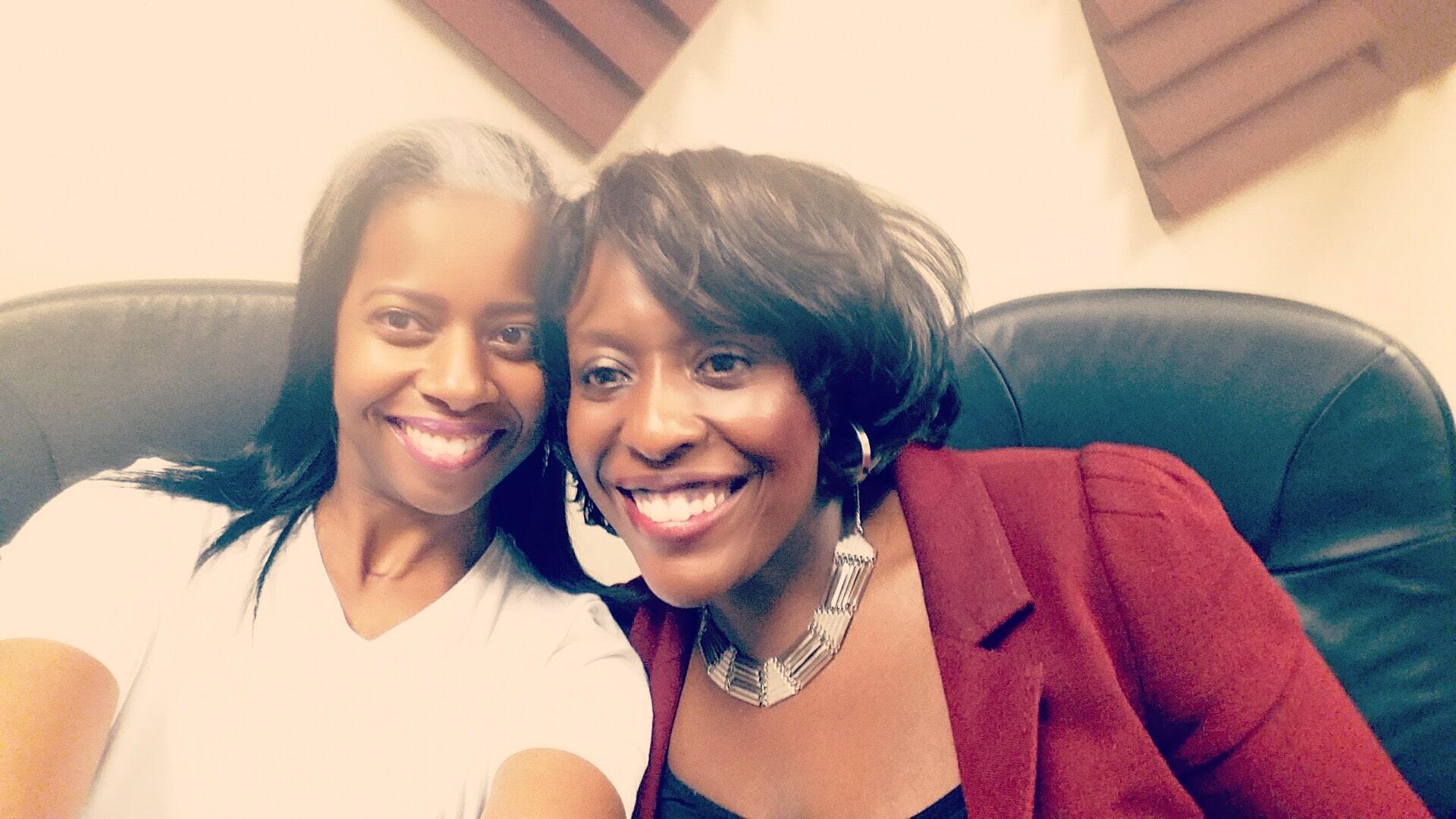 Kunbi Tinuoye in the studio with with Kelly Burton

Dr. Kelly Burton is a veteran serial entrepreneur. For seven years she has led a successful consultancy firm, Nexus Research Group, and more recently spearheaded the launch of Bodyology.

Bodyology applies activewear technology to common layers such as camisoles, tanks, and undershirts to keep you comfortable and confident all day long. Burton jokingly admitted mostly all business ventures begin from a personal experience and her story is no different.

She talked openly about suffering from a thyroid condition that caused her to overheat and sweat at the most inconvenient times. “There’s something wrong with an industry where we can buy a piece of shapewear for every day of the year, and we just don’t have functional clothing to get us through our day,” she said.

Her work with Bodyolody has landed her a spot in a sought-after Macy’s workshop program which educates clothing CEOs on sustaining relationships with retailers. During the show, she gave her input on what she feels minority business owners need to improve on.

“As minorities, we’re taught to bootstrap,” [however], she continues, “If we continue to stick to bootstrapping, we’re going to continue to be left behind.” She believes minority entrepreneurs need to adapt to scale and fund their business, from accessing angel investment or venture capital to takes their business ventures to the next level.

All three entrepreneurs have a diverse range of expertise and uniquely distinct journeys that helped them reach where they are today. The trait that all of these business leaders possess is persistence. Parker mentioned a powerful mantra that she lives by: “If it is to be, it is up to me,” she says.

Be sure to tune into the upcoming show on Thursday, June 16, 2016, at 12:30pm. Ideas for Potential On-Air Guests, Partnerships or Sponsorship opportunities on Minority Business Radio contact: info@urbangeekz.com. 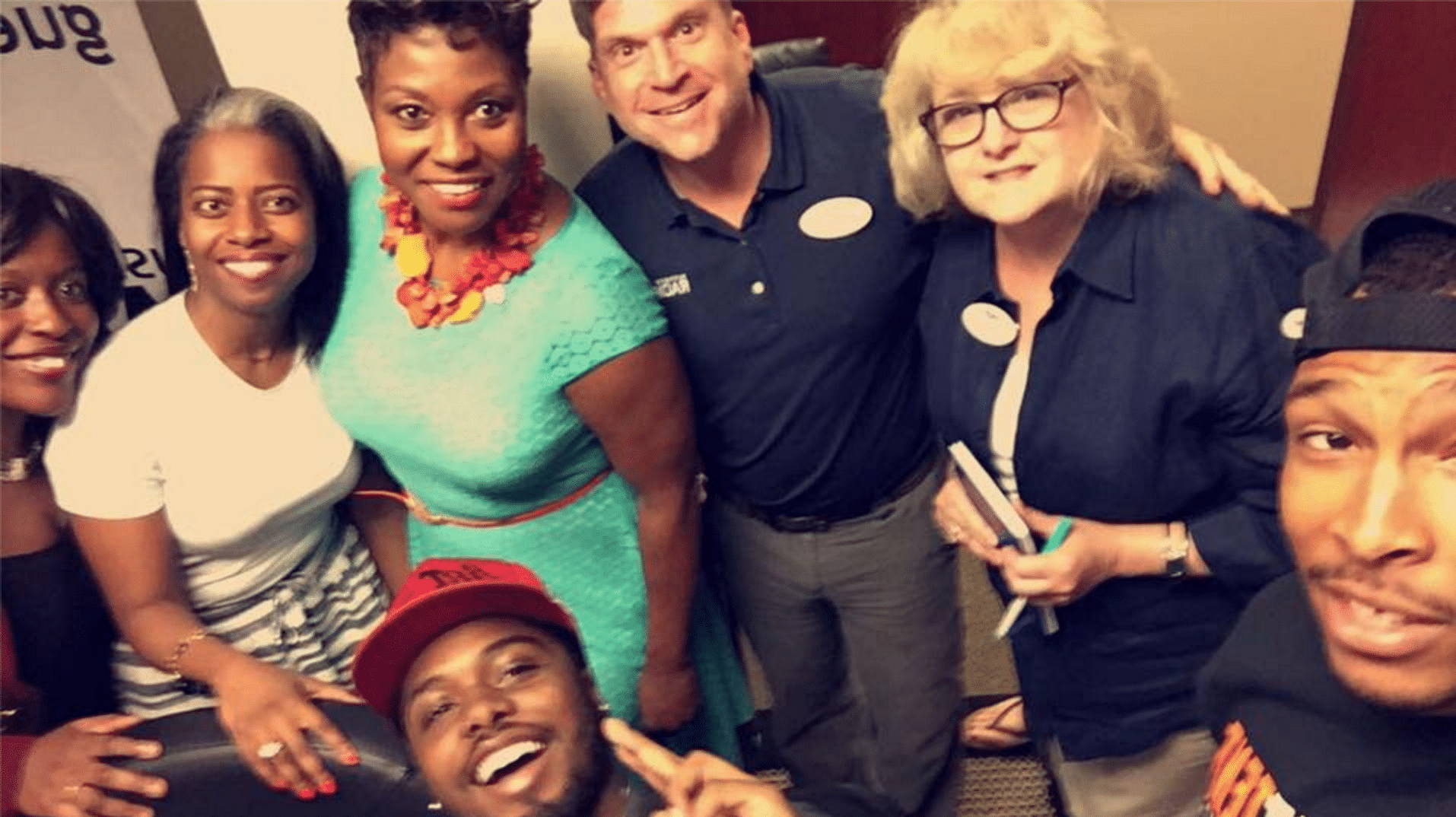 Fun and games in the studio with host Kunbi Tinuoye, guests, and Business RadioX staff.