The hidden GEM opening doors for diverse grads in STEM

8 Vital Tips for Developing Your Own App 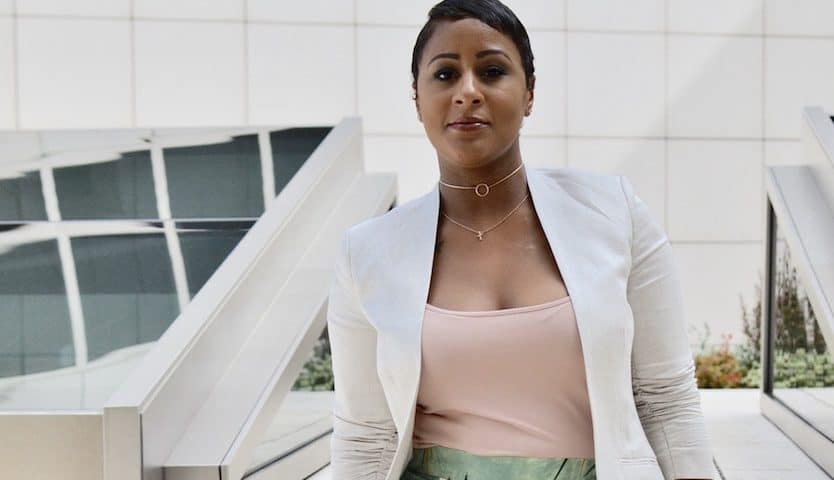 Angela Benton knows exactly what it takes to turn a back of a napkin idea into a scalable business. For the past six years, she’s been sharing her expertise with minority entrepreneurs through NewME Accelerator. The boot camp style incubator helps founders of color identify their strengths and leverage their business ideas. Launched in Silicon Valley, NewME is the first ever accelerator set up specifically to support underrepresented founders. To-date NewME has helped minority and women-led startups raise over $25 million in funding.

Benton has been awarded several accolades for her accomplishments, including being listed as one of Most Influential Women in Technology by Fast Company. She’s also made the ranks in Ebony’s annual Power 150 list and has been inducted into the Minority Media and Telecommunications Council Hall of Fame. In fact, Benton has been grinding since taking night classes to finish high school early. Then she juggled her career all the while taking care of three kids. Still, there was just one thing that she wasn’t counting on happening and that was a major health scare.

In January 2016, Benton was diagnosed with breast cancer. She admits that amid the tireless creation of NewME and building her brand, she lapsed in taking care of her health, despite the warning signs. Now, Benton can add yet another distinction to her repertoire, and that’s surviving breast cancer. In September 2016 she was declared cancer free. Benton — who now resides in Miami — has been transparent throughout the entire process, sharing her experience with her social media followers. 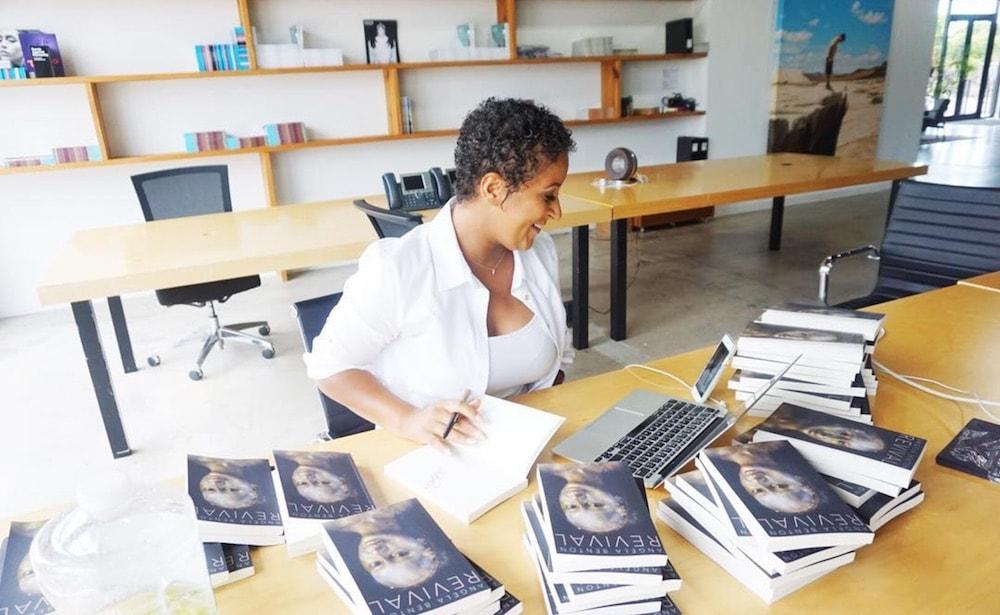 In the wake of her cancer diagnosis, Benton has become an advocate for better work-life balance. She has turned her experience into a book titled “Revival: How I Rebuilt a Life for Longevity After Cancer, Burnout, and Heartbreak.” In it, she details everything, including the wisdom she gained from her journey as a mother at the age of 16 to the business savvy she developed through the creation of NewME.

Earlier this month UrbanGeekz caught up with Benton. She talked about her bestselling book Revival as well as what she learned from her cancer diagnosis, and what it means to put your health first.

What was the motivation for writing this book?

For years people have encouraged me to write a book and naturally, they would assume if I did, it would be about entrepreneurship. However, during my chemo treatments, I felt like I was called to write this book and it wasn’t going to be about business in the typical sense. I wanted to make REVIVAL completely different than any business book out there in just about every way. The subject matter is incredibly personal, be it the business or personal stories that I decided to share.  Business books usually have some kind of tangible application to your business. REVIVAL has that but takes into account your life. I really wanted to focus on the person behind the business, not just the entity itself.

How long did it take you to write it and get it published? What was the timeline between your cancer diagnosis and writing the book?

It took about a year to write the book but most of that time was spent conceptualizing what I really wanted to say. Once I felt comfortable with that I wrote my outline. From there my goal was to complete at least one chapter a week. I was diagnosed in January 2016 and declared cancer free in September 2016. I started writing the book around the time I was going through my chemo treatments in Spring 2016.

What has the cancer diagnosis taught you?

Putting me first. A lot of times people focus on building a successful business versus a successful life, which is what I talk about in the book. My biggest lesson during that time was that the two aren’t mutually exclusive. In fact, they sometimes elude each other. Also building a successful life is very hard to do and takes dedication, unfortunately intellectually we usually justify putting this work into a business or a project instead of ourselves.

I hope whoever picks up this book is looking for validation that they can build the life they want by identifying what success means to them and committing themselves wholeheartedly to creating it through a little bit of self-awareness, humility, and courage.

The biggest lessons I want people to walk away with are:

Boundaries. We, as a culture, have become obsessed with working hard. It’s like the more we do the more we think that we are entitled to “success.” This is a myth; most people that you consider to be successful actually take time for themselves on a regular basis. It’s baked into their routine and for a good reason. It’s necessary in order to perform, personally and professionally, at your highest level.

Success is personal. So many people think success is about money but it isn’t. Money is the by-product. I’ve been in my fair share of rooms with billionaires and the conversation is never about money. It’s important to identify what true success means to you and then put the effort in to get there.

Relationships matter. We tend to think that business and personal never mix when in fact they do. Most people do business with people they like personally; in addition to that, the people close to you in your personal life become your confidants in business. We like to think that there are two versions of ourselves when really it’s just one.

Being a businesswoman is still something highly sought after by many women, however, women are discouraged from pursuing time-consuming or even high paying jobs due to things like children, marriage or leisure activities. How do you hope that will change in the future?

I think it’s already changing. We’re seeing women have children later in life, putting more emphasis on their wellness, which is why things like meditation and yoga are part of the conversation now. Also, solo travel has become hugely popular. I love to see women living their lives on their own terms and not following the status quo on what success looks like for every body else, what matters is what success looks like for them.

If there is a woman reading this who has had a burning idea to write a book in the back of her mind but has been unable to act on it, what is one thing that she can do right now to get started?

Get started. Failure to launch is a condition many people have and their biggest hurdle tends to be just getting started. Research techniques on writing a book; write down your ideas anywhere and everywhere as they come to you. If you’re just taking a little bit out of your day each day doing that, you’ll start noticing how organically your book starts to take form.

How has your life changed since becoming a cancer survivor?

I used to let my day run me but not anymore. I put a lot more emphasis on my morning routine. I wake up fairly early naturally usually between 5 am and 5:30 am, I do an apple cider cleanse in lieu of coffee or tea, I stretch based on what my body needs on that given day, I pray and do bible study, and finally I meditate. Then I get to work.