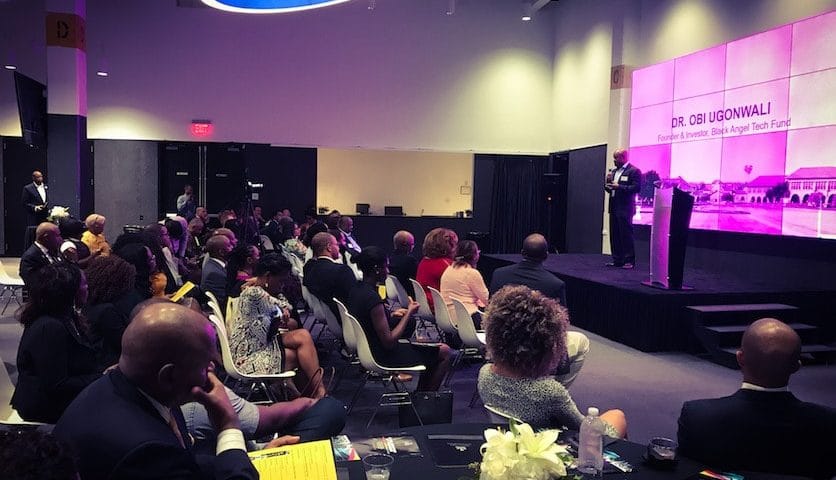 The founders of the Black Angel Tech Fund hosted an exclusive event earlier this month to celebrate their progress and introduce potential investors to their startup portfolio.

The soiree at Atlanta’s The Gathering Spot attracted many of the key players in the tech startup ecosystem, including well-heeled African Americans interested in investing. Attendees were given the opportunity to learn about the Fund along with the chance to mingle and network.

Kwame Anku, co-founder of Black Angel Tech Fund, was the main presenter for the event. Speaking on the stage, he said his team is dedicated to funding startups where women and diverse founders are in leadership roles.

Black Angel Tech Fund provides early-stage capital to startups with at least one African-American founder. In addition to financial backing, the fund also offers business development and strategic advising, as well as access to an elite international support network.

Dr. Obi Ugwonali, M.D., co-founder and managing editor at the Fund, says the premise of the invite-only gathering was to officially introduce the platform to the Atlanta startup community. “With this event, we wanted to gather folks that are interested as investors or potential companies that we can fund in the future,” said Dr. Ugwonali, in an interview with UrbanGeekz.

Fund Comes Together to Invest in Startups

The idea was hatched in the summer of 2015 at a Stanford Black Alumni Association summit in Atlanta. During the summit, a panel about black tech opportunities sparked a lively conversation about taking action.

Afterward, a group of black Stanford alumni launched the Fund; motivated by the belief that lack of diversity stifles technological innovation.

Despite the lack of mainstream coverage on successful minority-led startups, research has shown that diverse teams outperform homogeneous ones. In fact, with the changing demographics of race in the U.S., diversity makes good business sense. “When it comes to diverse teams. They’re able to tackle problems from diverse perspectives versus a more homogenous perspective,” says Ugwonali. 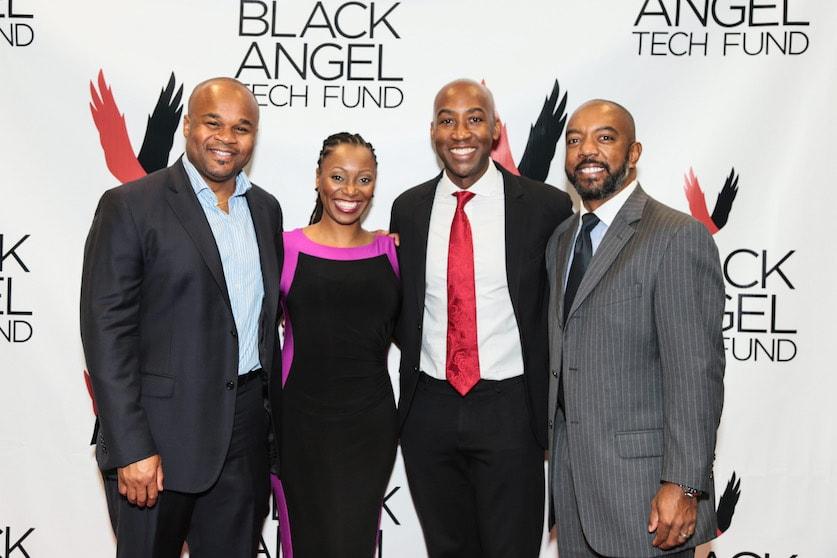 Startups Have the Opportunity to Change the Culture

Harold Hughes, the Founder and CEO of Bandwagon also took to the stage at the event. The startup is an online marketplace and fan community designed to improve the game-day experience for sports fans everywhere.

Hughes says he sees startups as the vehicle to change the trajectory of black and brown people. “I think overall the greatest opportunity that we have to change generational wealth and generational inequality is through the startup scene,” he said.

To get in early and invest in companies that have the potential to raise their stock like Facebook and WhatsApp would be a game changer for black culture. He referenced a high school in California that made an investment of $15,000 that turned into about $24 million.

“Black Angel Tech Fund is going to do the heavy lifting of uncovering those types of opportunities in the black community and bringing them to the community if you’re willing to be apart of that,” he said.

Hughes also went on to say black people in the U.S are one of the biggest consumers. Still, with so many black creators and innovators entering the market, investing in diverse startups creates a new pipeline to fund those things that we create. 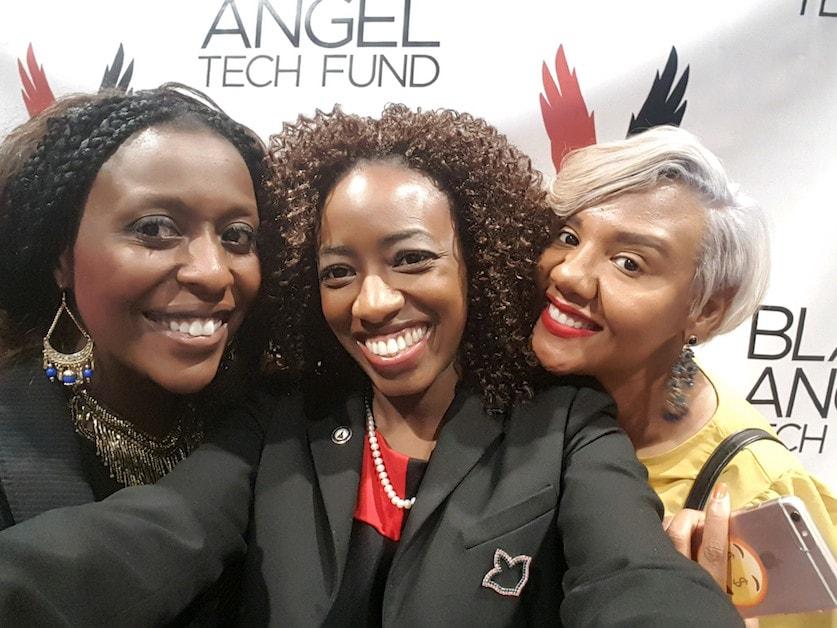 The Future of Technology

Ken Grimes, Managing Director, at the Fund says that they are expecting to add more companies to their portfolio. “We are interested high-quality startups, they have a solid team and viable product in the marketplace,” he said. “We are not taking a role as a lead investor in most cases, we’re co-investing.”

The Fund primarily is focused on several sub-industries within tech including mobile, VR, AR, machine learning, AI, and e-commerce. These are traditional, high growth tech industries, he says.

Lately, VR and AR have been gaining a lot of buzz. Grimes said that there are many Atlanta-based startups focused on this space, as well as, nationwide.

“I really think virtual reality is almost where cellphones were in the early 80s in terms of being an innovative device, a few people have access to it, it seems like a cool thing to do, but then it becomes more of a utility,” adds Grimes. He went on to say that some of the applications of VR can go beyond entertainment, and can likely prove to be just as important.

So more and more founders of color coming onto the tech scene, Black Angel Tech Fund offers an incredible opportunity for talented diverse teams to scale and grow their startups.