5 Ways You Can Be A Better Business Person

How a Fast Mobile Processor Impacts Personal and Professional Life 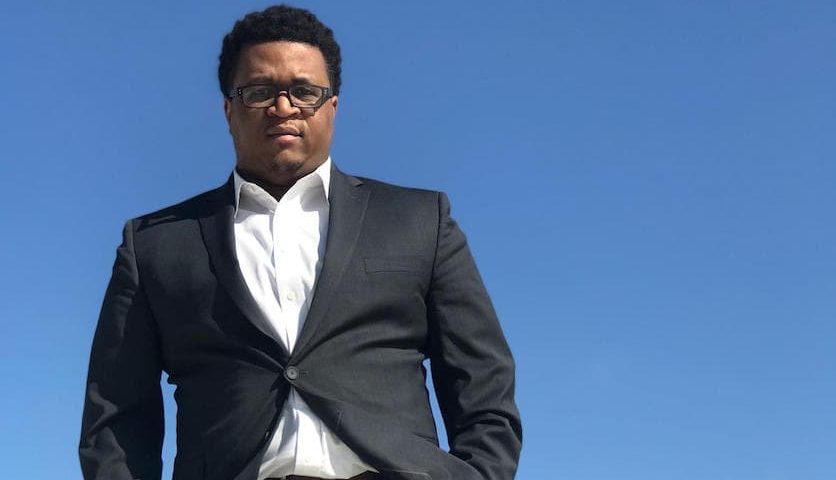 Keith Wilson has successfully worked his way up the corporate ladder. The Clark Atlanta MBA graduate rose through the ranks at Ford to become a marketing manager in Shanghai, China. Then in 2017, he secured an executive role at Georgia Power where he’s now responsible for developing innovative growth strategies.

“My path was non-traditional,” Wilson says of his six-year stint at Ford. “I moved up the chain really quickly; that’s because I was able to do a lot of great work and get noticed for it. I was rewarded with more complex assignments. I had a lot of great mentors and sponsors who took a chance on me.”

Now, Wilson is using his wealth of experience to place a bet on his brand. He has launched his very own mobile app, Kompass Events, which allows users to share, discover, and explore events. The app’s users, which form the ‘Kompass Kommunity’, share with each other the events they wish to attend.  Once posted, users can engage in the events by checking in, rating the event, and posting pictures and comments in real-time.

“It can be any kind of social event, whether it’s a festival, cool sale going on at a store, or a concert, or a party,” Wilson says. “We want people to have access to the things that are going on near them that they wouldn’t necessarily know about either in cities that they live in or cities they love to travel to.”

Today, Kompass is a side gig as Wilson works his day job while he gets his startup off the ground. He has big plans for his venture and the 34-year-old is confident the Atlanta-based business will eventually make a dent in the multi-billion dollar global events industry. 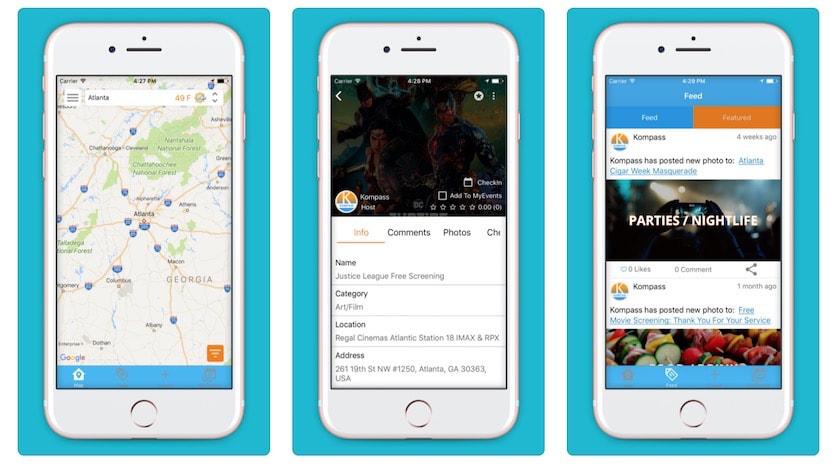 The Market is Poised for Disruption

Despite many offerings in events management, “there was no dominant player in the events discovery space,” Wilson says. The Mississippi native is laser-focused on Kompass gaining enough traction to be a leading player not just in the U.S. but worldwide.

“I felt there was still an un-severed need in the marketplace. When I asked family and friends how they find out what’s going on when you’re going places or traveling I still had people tell me that they listen to the radio or have to ask people on Facebook for recommendations. I saw a whitespace opportunity and I thought why not try to develop a solution.”

Wilson has also traveled extensively for business and pleasure. He says if an app like Kompass was around it would have helped him tremendously.

Kompass, which is available for free, already has nearly 1,000 downloads through word-of-mouth. It’s popular among locals but is most active with travelers to metropolitan hubs such as NYC, Atlanta, Miami, and Los Angeles. The community-sourced platform has even had events pop up in the database from as far afield as the U.K. and the Middle East.

Users are rated by their peers on a scale of one-to-five stars. This helps evaluate the quality of events created by users. “It helps with credibility,” notes Wilson.

The app isn’t targeting a specific cultural demographic, Wilson says, and right now appeals to just about everyone typically aged 25 to 45 years old. Still, it doesn’t hurt that people of color are traveling more than ever before – often referred to as the black travel movement.

“Having a cultural take could really take off,” Wilson says. “Just look at Twitter and the influence of Black Twitter. Right now I’ll leave it up to the users. If they want it to be that type of platform they have all the power in their hands.”

One of the most innovative features of the platform is that it uses real-time heat technology. The software gives users a “bird’s-eye view” of what’s going on from an “events perspective but also an engagement perspective.” If a spot is busy the venue shades red. If there’s less activity users will see splotches of blue. Impressive, right?

“Uber uses heat technology for surge prices,” Wilson explains. “But in regards to event mapping, it’s never been done before, to my knowledge.”

Wilson isn’t a techie by any stretch of the imagination. But, he says, his marketing know-how and business savvy have given him a head start to spearhead a successful tech startup. “As marketers, you really have to be the voice of the customer,” says Wilson, who majored in a marketing degree at the University of Mississippi. “You have to make sure all of those marketing assumptions that are coming from the voice of the customer are ingrained in a particular product. That’s why I took so much time vetting the idea and discovering the pain points and passion points as well.”

In fact, more than a year before the launch Wilson and his older brother Nathaniel, 38, a technologist, carried out extensive customer discovery to test the viability of the app. “Four main things kept coming up and we used those as a base to develop Kompass. What we discovered is that consumers, businesses, and event promoters are most concerned about event discovery, event communication or promotion of an event, event management, and event sharing. Kompass is designed to fulfill all these needs.”

Wilson likes to talk about pain points. “Our unique value proposition is that we really dive into each one of those areas. Then we put the power and choice in your hands so you decide what you want to see or where you want to go to.”

When asked the dreaded question that makes many newbie founders blush: Great idea, but how are going to make money? Wilson offers a well thought out revenue model that ranges from ad space to lead management. This is just the tip of the iceberg, Wilson says, the platform will eventually expand its services to ticket sales and associated services further down the line.

So why look for more out of life than a comfortable gig in corporate America? “I’ve always had a desire to start my own company,” Wilson says. “This is it, an opportunity to use what I’ve learned (in corporate America) to provide value to a business.”

Wilson is absolutely right; Kompass Events is definitely one to watch in 2018.

Kompass is available for download on both Android and Apple products.