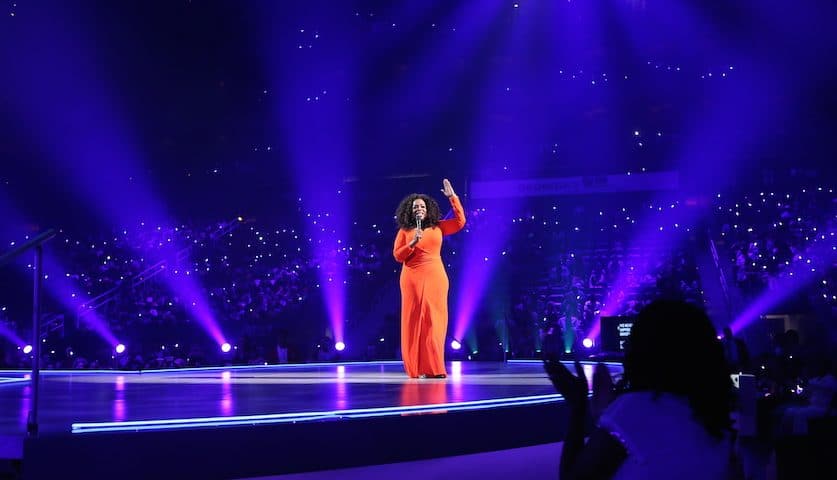 Oprah Winfrey has done it again. The self-made media mogul, 64, has earned a spot on the Bloomberg Billionaires Index, which ranks the world’s 500 richest people. She came in at No. 494 on the list, making her the very first black female billionaire to be featured on this exclusive list.

The Billionaires Index is a daily ranking of the world’s richest people. The figures are updated at the close of every trading day in New York.

Winfrey’s fortune is now at $4 billion thanks to her stake in Weight Watchers International Inc., according to Bloomberg. The company’s share has more than doubled since she partnered with the brand in 2015.

Her once-struggling cable channel OWN [Oprah Winfrey Network] is enjoying soaring ratings on the back of a series of successful collaborations, including work with Iyanla Zanvant and director Tyler Perry. Oprah has also been making waves in the movie industry, both on- and off-screen. Oprah’s recent partnership with Apple has also contributed to her fortune.

Winfrey is one of 65 women and one of six female entrepreneurs on the list. Jeff Bezos, the founder of Amazon, ranks No. 1.