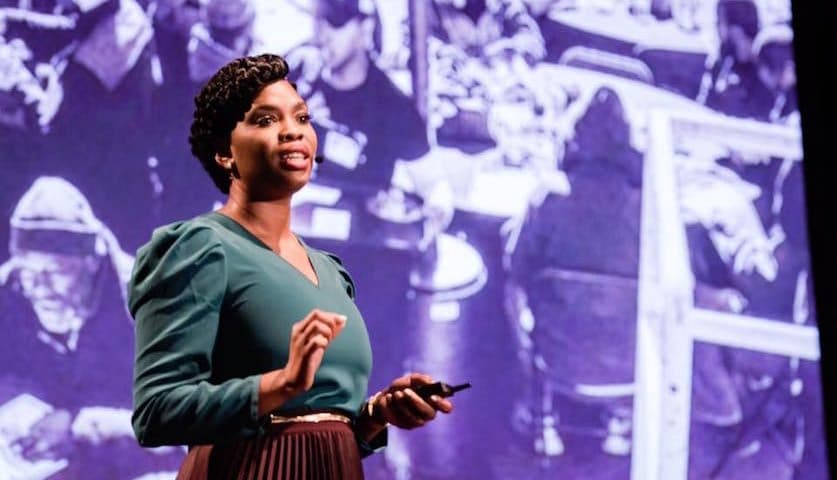 Atlanta’s been getting a lot of attention lately – all for the right reasons.

The bustling Southern metropolis has always been credited for its thriving film, music, and entertainment scene. So while Hotlanta is widely considered as the epicenter of hip-hop, Georgia’s also dubbed the Hollywood of the South for its flourishing movie and television productions.

The city is also home to the nation’s fourth-largest collection of Fortune 500 companies (behind New York, Houston, and Dallas) according to CNN, with heavy-hitters such as Coca-Cola, Delta Air Lines, and The Home Depot. In fact, recently released data from the U.S. Bureau of Labor Statistics show Atlanta is one of the best cities for jobs.

Now the ATL is steadily accruing cachet in the country as a high-tech incubator. This is aided by world-class universities like Georgia Tech, the proliferation of co-working startup hubs, and the relatively low cost of living. This burgeoning and fruitful landscape is helping the city nurture and cultivate tech talent as well as birth the embryonic black tech ecosystem in Atlanta, which has even caught the attention of prominent Silicon Valley entrepreneur Tristan Walker, who is moving his company to Atlanta.

“Atlanta today is like what Harlem was in the 1920s,” says angel investor Mike Ross, who has invested in a slew of Atlanta-based minority-led companies such as Luma, PartPic, and Techturized. “It’s not surprising that Atlanta is emerging as a black tech mecca,” he adds. “It’s already a mecca for African-American film and music. The ecosystem for inclusion in business was created several decades ago by Maynard Jackson, David Franklin, Emma Darnell, Jesse Hill, and Herman Russell. It has endured and expanded throughout the years.”

In fact, the whole world – including the international mainstream press – is talking about the city being home to successful black tech entrepreneurs, such as serial entrepreneur Paul Judge to do-gooder Jasmine Crowe, whose meteoric rise really does prove doing good does pay off, literally.

Below are the 10 hottest tech entrepreneurs in Atlanta right now.

A social entrepreneur, Crowe has been lauded widely for leveraging her company to channel her passion to end hunger and obliterate the practice of wasting food.  Goodr is a real-time mobile app that connects firms with local charities to arrange deliveries of leftovers to those in need. Every day, Crowe and her team deliver meals across metropolitan Atlanta. In the near future, the company plans to expand to other cities. The goal is for Goodr to go global. Crowe’s tireless work has won her several awards, accolades, and copious media coverage. 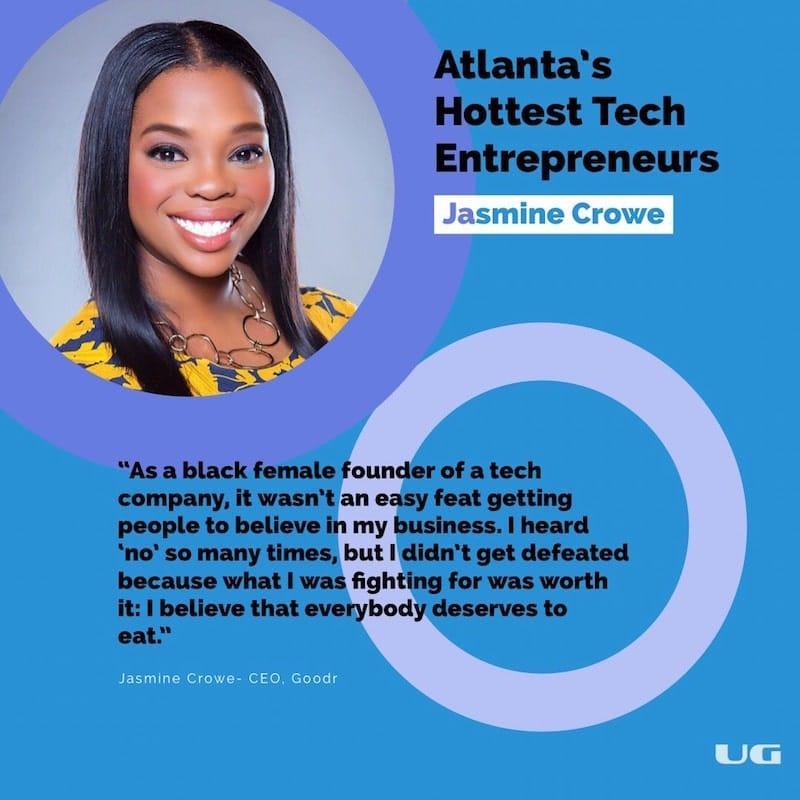 Judge has a Ph.D. from Georgia Tech in Computer Science and is an investor and serial technology entrepreneur. He is the co-founder of Techsquare Labs, a technology startup hub and venture capital fund. He is the co-founder of Pindrop and was also the co-founder of Luma Home, a consumer Wi-Fi company. From 2009-2014 he was Chief Research Officer and VP at Barracuda Networks. In 2007 he founded Purewire and served as Chief Technology Officer until Purewire was acquired by Barracuda Networks in 2009. The prolific researcher is a connoisseur on information security issues, having authored numerous papers that have been published in leading academic journals and presented at multiple industry and academic conferences including Interop, RSA, and Defcon. Judge and Ryan Wilson’s The Gathering Spot has just acquired a controlling stake of a3cfestival.

Reared in rural Mississippi, which was an abyss of financial illiteracy and financially underserved, Allen founded an app that’s aiming to solve financial problems for underserved millennials. During her senior year at the University of Southern Mississippi, Allen launched Sheena Allen Apps. With no technical background, she designed her first app in Microsoft Word before finding a developer to partner with for the application. She bootstrapped the company to 5 apps and millions of downloads. In 2016 she thought of an idea for a money-organizing mobile app after leaving Wal-Mart with a long receipt.  CapWay is a financial technology company that focuses on the unbanked, under-banked, and the working poor. CapWay is working to create an untraditional financial ecosystem.

Ogundipe is a Comcast NBCUniversal’s The Farm Accelerator alum along with his cofounder Yemi Adewunmi. The mobile app leverages innovative technology to help organizations quickly identify, track, and analyze legislation and regulations. “I wanted to figure out ways to bring technology and business and politics together in a way that could help solve issues and make the world a little bit better. It’s a $50 billion dollar market that is hugely underserved.” In January, Forbes named Civic Eagle one of the 22 startups to watch at CES 2019, they have also just gotten onto the Techstars Anywhere accelerator program. Arlan Hamilton’s Backstage Capital is one of their investors. 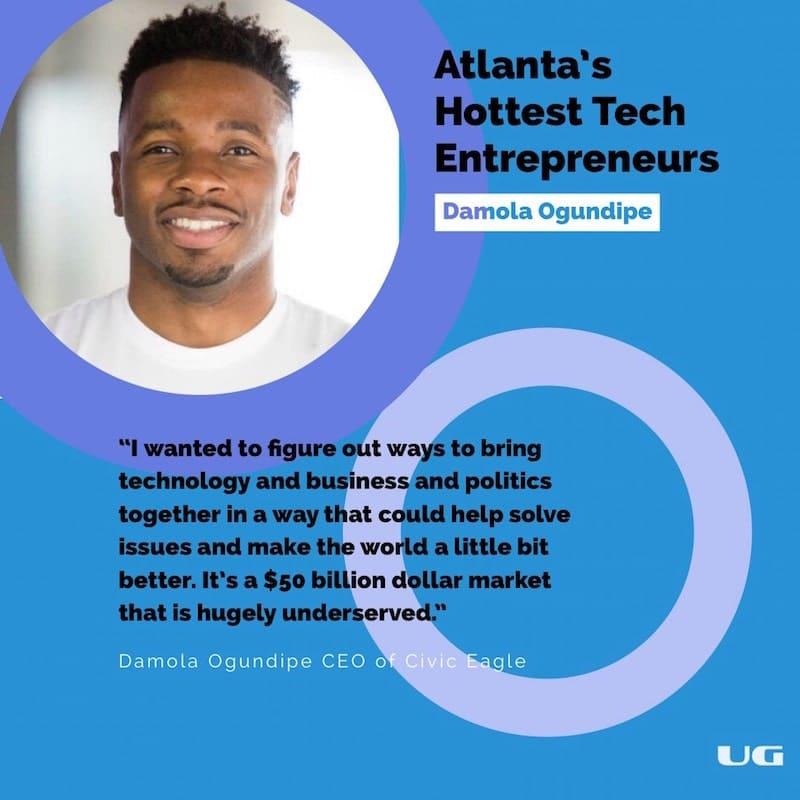 Partpic was designed to streamline the purchase of maintenance and repair parts using computer vision technology. The Atlanta startup has raised over $2 million in seed funding to integrate its proprietary technology into mobile apps and websites of parts distributors and retailers.  Burks and her team successfully negotiated a deal to sell the company to Amazon in October 2016. Since then Burks has been an active advisor and investor in the startup ecosystem. Earlier this year Burks co-founded Collab LLC, a brand-new venture aimed at increasing the success rates of black-led tech-enabled startups. The initiative is led by Burks and two other successful local entrepreneurs, who want to bring their collective expertise to a booming but disjointed ecosystem.

It’s amazing to think that Ruff was once homeless. He is now the founder of a $20 million trucking company. It is a multi-million dollar enterprise that counts Walmart and UPS as its major clients. Ruff has spoken at tech and entrepreneurial conferences such as the Nelson Mandela Fellows Panel at Georgia Tech and the Build Your Own Brand (BYOB) conference in Washington, D.C. Ruff is the recipient of the Atlanta Business Chronicle’s InnoVenture Award and was named to the Venture Atlanta Top 10 Startups to Watch list. “I am passionate about people, process, and product,” says Ruff.

Tinuoye is the founder and CEO of UrbanGeekz, a groundbreaking digital news platform focused on technology, science, business, and high-tech startups. Ranker has listed UrbanGeekz as one of the top 20 ‘Best Tech Blogs’ online alongside TechCrunch and Wired. The driving force behind the high-tech media outlet for urban techies has just procured a place on Creative Startups, a competitive startup accelerator that kicked off in late February. Tinuoye is an award-winning British-born journalist and broadcaster who resides in the Atlanta metro region. The former News Correspondent for NBC’s theGrio.com currently sits on the CES Conference Advisory Board. Tinuoye says the long-term vision is to develop new tools to help address the digital divide. 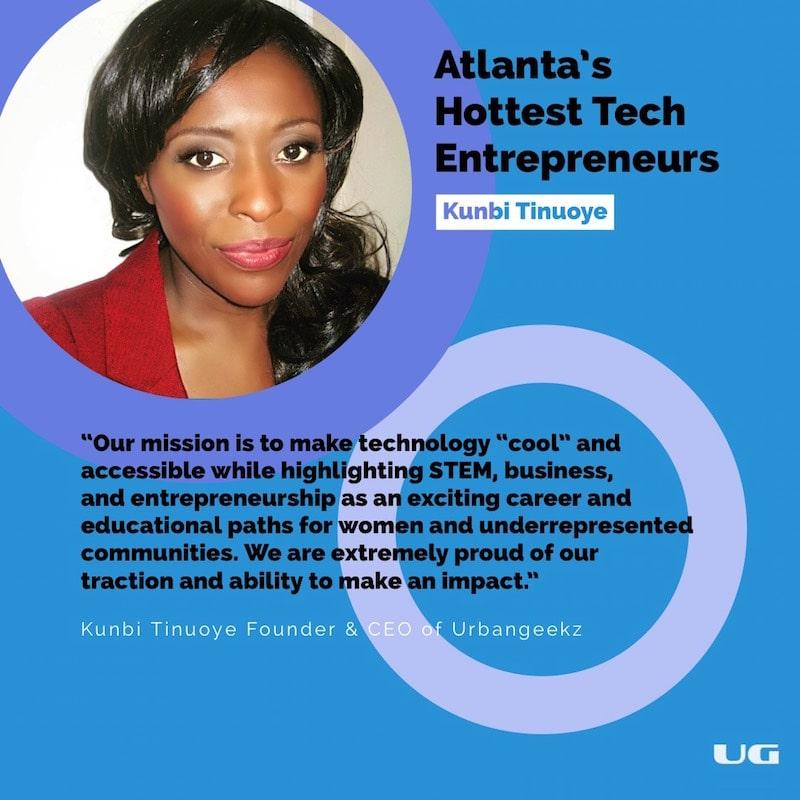 8. Ryan Wilson, CEO and co-founder of The Gathering Spot

The lawyer-turned-entrepreneur founded the company with his co-founder, TK Petersen, after identifying the need for a space for professionals from diverse occupations to have a private membership experience that spoke to their business and social interests. They are working to open up co-working spots in Los Angeles and the nation’s capital. Wilson isn’t a techie in a practical sense but he is a key influencer in the tech startup scene. The Gathering Spot is at the heart of Atlanta’s thriving entrepreneurial ecosystem and it’s fast becoming a critical hub for creative entrepreneurs and budding technologists alike.

EnrichHER is a financial technology platform with regulatory approval to help women secure funding to grow their ventures. The idea is to disrupt the traditional and predatory lending terms through its innovative credit model and lending environment. The platform is fueling the growth of women in business by enabling female founders to secure capital in an affordable and non-dilutive way. Roshawnna served on the Commission on Women for the City of Atlanta and was honored as one of the Women Who Means Business by the Atlanta Business Chronicle. She’s also one of the 40 Under 40 by Georgia Trend and is a Halcyon Fellow for Social Impact. EnrichHER has also just made it onto the highly coveted Techstars Anywhere accelerator program.

Taylor’s a Y Combinator alum who has raised more than $2.4 million. Look live, launched in 2016, is a platform that helps pop culture watchers discover what their favorite celebrity or influencers are stunting in — and find an affordable alternative. Taylor says this app is tantamount to having a “personal stylist in your pocket.” Prior to launching Looklive, was an early marketing hire at Yik Yak. He’s also worked a short stint at Jopwell. Scooter graduated from Morehouse College.

3 Tips To Keep To Time During Your Presentation