Listen and Believe Stories of Unequal Opportunities in the Tech Industry 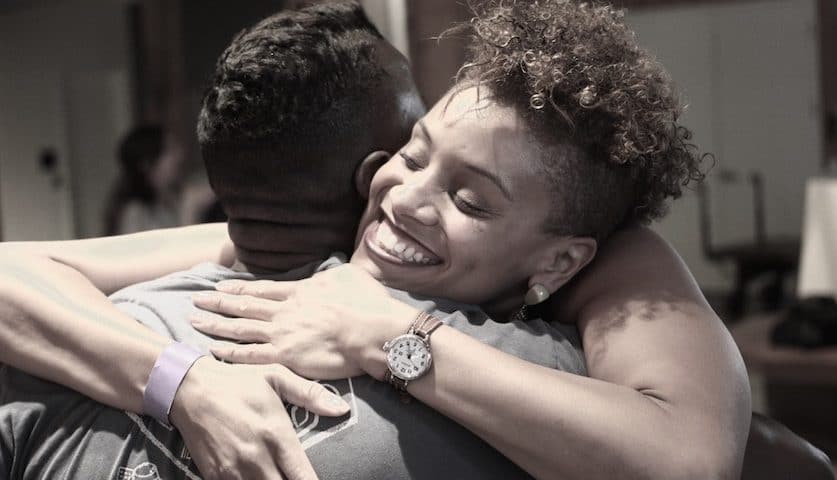 I can still remember visiting the Googleplex.

Lego walls greeted my cohort of University Innovation Fellows as we entered the Noogler campus. On a tour, guides waved over empty lounge areas, places for rest during the workday. Fully stocked kitchens boasted soft drinks and healthy snacks. In an on-site gym, determined employees pounded on black treadmills, and spoke energetically while passing medicine balls back and forth.

It was surreal. This is where people work?

I didn’t grow up with Google as an option. Companies in my future looked like menial work in dreary office cubicles, not like campuses with attached bowling alleys. Until I stepped on that campus, I had never thought of Google as an opportunity for people like me. That first day, unable to process much else, I was simply standing in awe, as the world seemed to open in front of me.

Maybe this wasn’t your experience. For many people, Silicon Valley has stood as a mecca for technological opportunity and true meritocracy for a number of years. If you’re good enough, it can feel like a place where anything is possible. For those who identify as white and male, anything can be routinely possible. Concordantly, at the majority of tech companies, this demographic often makes up more than 75 percent of the workforce.

Jamie Talbot, a member of that aforementioned demographic and a British transplant, described thinking of Silicon Valley as a “shining beacon” in software development before his entrance years prior. “The type of lifestyle that was on offer was very exciting,” Jamie said, “That’s what caused me to apply.”

After applying remotely for a round of jobs in 2008 that didn’t stick, Jamie had decided to try his hand again in 2011. It was then that he received his first offers to work in the Bay Area. At first, Jamie identified with the “merit-based” culture of the Valley. Like others, he admitted it felt good to attribute his success purely to his own merit- getting into the tech scene felt like “making it.”

However, that belief quickly eroded once he arrived in the Bay. “If it was a true meritocracy,” Jamie said, “Then it would be much more diverse. White people are not inherently smarter and Black and Latino people.”

Jamie felt compelled to act upon his understandings. This summer, while serving as an engineer at Medium, he managed a CODE2040 Fellow for the duration of her internship.

As an early entrant into the tech industry, Daniel Malmer had a similar experience. Before Daniel entered his current role as Co-Founder and Vice President of Engineering at Workr, he was another transplant looking to join the seemingly endless opportunity in Silicon Valley. Initially, Daniel bought into the idea that he could do nothing about the inequality.

As Daniel moved through his career, he found CODE2040 and aligned with its mission. “If you aren’t willing to put a few hours a week into something, you really don’t care about it,” He said.

As Daniel and Jamie found opportunities to mentor and assist organizations like CODE2040, they were often faced with similar conundrums. Unlike the students they wished to assist, they had no insight into dealing with the societal pressures and ills related to being a minority. With that realization, both Daniel and Jamie separately adopted a number of ways to serve as allies to other equally talented, but underrepresented students:

As we as an industry begin to deal with the implicit biases and flawed recruiting styles that have often excluded underrepresented groups from places like Silicon Valley, dialogue will have to span demographic groups. Honest conversations involving people like Daniel and Jamie will have to occur in workplaces all over the Bay Area and beyond.

In Jamie’s words, “You can start with your own company. Raise awareness, evangelize internally. Challenge leadership to consider the value of — and build — a diverse team.”

As we all move into a bigger and better tomorrow, it’s important that we, especially the privileged among us, continue to listen and believe.

This story was reprinted with permission from Code2040 who originally published this article. View the original story here.