Could Projects Increase The Success Of Your Small Business? 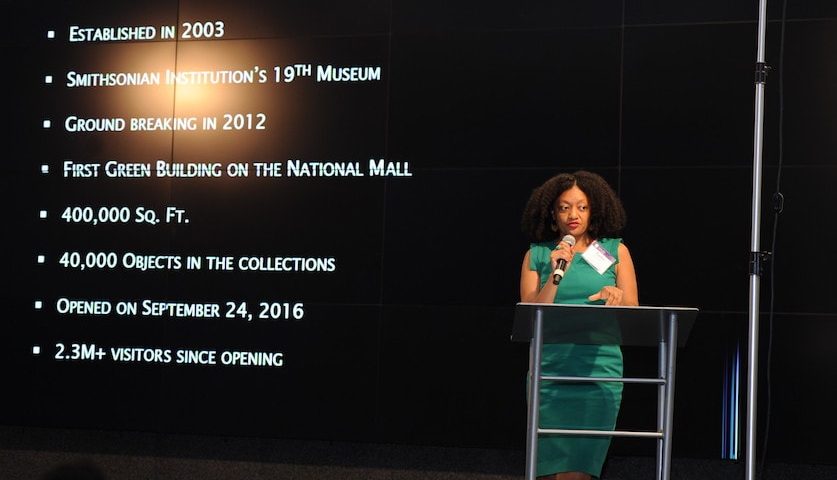 The National Museum of African American History and Culture (NMAAHC) held a private event at Atlanta’s The Gathering Spot to boost membership of its Ambassadors Program ahead of the museum’s first year anniversary. The invite-only reception earlier this month was a chance for curators to give guests a glimpse of the varied stories that the museum offers.

The national and historic endeavor that looks at the American story through the African American lens created the Ambassadors Program to raise money to sustain the vision and mission of the Smithsonian Institution’s newest structure. Its premise allows those who want to play a bigger role in supporting the museum’s efforts to look at the great legacies that will help society move forward.

The program aims to let individuals get their feet wet in the philanthropic world by making monetary contributions from $5,000 to $24,999. “The importance of the program is that it provides an opportunity for emerging, as well as seasoned leaders, to began their philanthropic careers,” said Tasha Coleman, Assistant Director of Council Relations and Special Initiatives.

The program has a specific, untapped demographic that the museum wants to target: Gen. X and Millennial leaders who want to promote philanthropy and service in the interest of the museum. “I think that it is important that the demographic that comprises young, professional African Americans should begin to think philanthropically about how to support national, regional, community institutions,” she said. 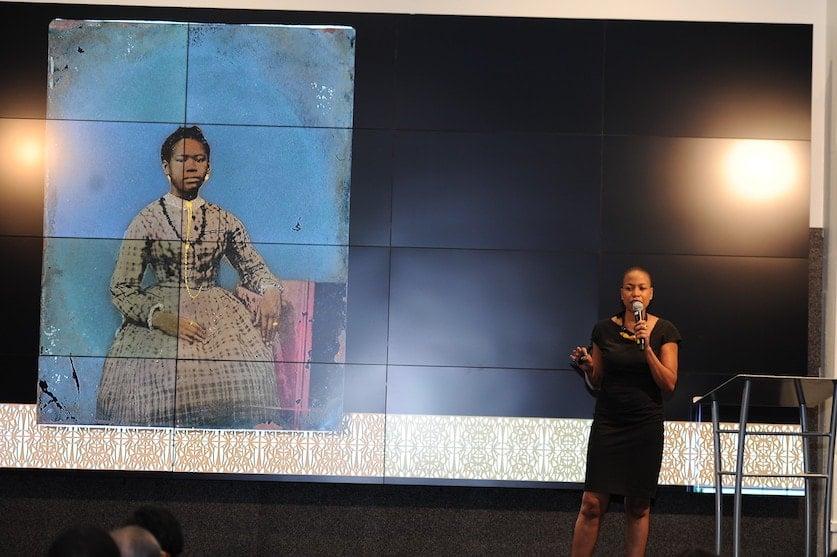 Program organizers wanted to ensure that this demographic wasn’t left out of the program and that it was accessible to them, so they included a payment plan. “If they haven’t given before, then it might be a little bit intimidating so we wanted to do it where they can feel comfortable,” she said. People can contribute on a monthly plan for as little as $83.34 a month at the $5K level.

Melisa Alaba, a NMAAHC Ambassador, says it is her personal belief that everybody can be a philanthropist at any level, so inspired by the preservation of history at the museum, she went to the website to sign up for the program. “Being an ambassador for the African American museum, I get to be that person to help re-educate people so that they know all of the things that we’ve contributed to and they really understand how the African American legacy is part of the whole experience of being in American culture,” Alaba said that she wants her kids and the generations after her to know about all the great things that African Americans have done.

“The expansive value of the National Museum of African American History warrants the attention and support of millions,” said Quinetha Frasier, CEO of Atlanta-based FinTech startup MyPledger.  “The Ambassadors Program provides a way for people like me to connect to such magnificent work- as a donor.”

Besides being able to form strong ties with the history and culture through the membership, other benefits include opportunities for networking with Museum leadership, fellow Ambassadors, and other donor groups; invitations to Museum-hosted events for Ambassadors; service opportunities with organizations that partner with the Museum; and recognition in the Smithsonian’s philanthropic community, including listing in the Smithsonian Institution Annual Report for fiscal year giving which has a circulation of two million people.

The money raised in the program’s efforts goes to acquisitions of new projects, current collections, education, programming and for new exhibitions. The museum is home to more than thirty-six thousand artifacts and has seen nearly three-quarters of a million people since its official opening last September 2016. Tickets for the museum are so popular that there is a waitlist to get into the 400,000-square-foot building. On average, visitors spend nearly six hours, compared to the hour 45 minutes to two hours that visitors spend at any other museum. 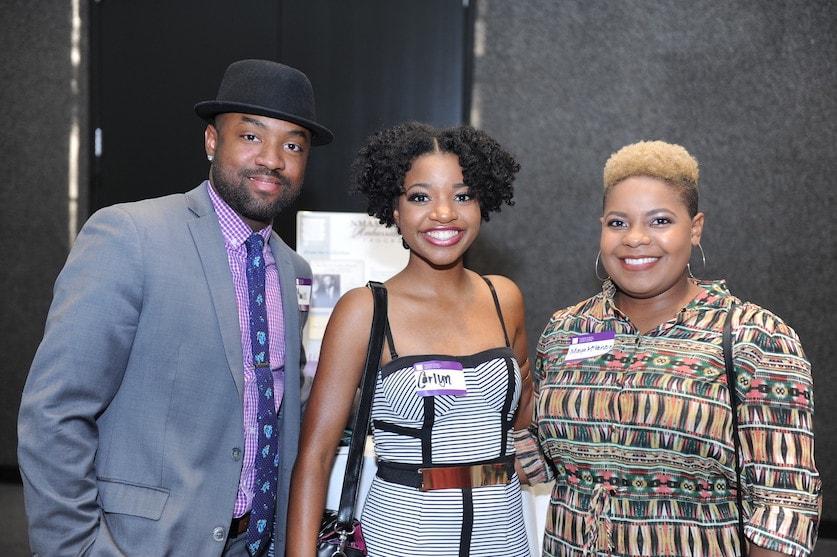 But as the three exhibition curators who spoke to the crowd that evening explained, NMAAHC is a special and unique museum, challenging the prevalent ideas of the enslaved African Americans who were brought to this country.

“We were not dumb from the onset, we were silenced because of fright and because of the ability to be frightened by violence,” said Dr. Tommie Smith who marked a special appearance, an icon most widely known for standing on the Olympic medal podium at the 1968 Summer Olympics in Mexico and raising his fist. Dr. Smith, who is the first place and record-breaking medalist, said that the action was a “human rights salute” more than anything else.

The museum is also broadcasting the lesser-known contributions that African Americans have made, like the desegregation of Atlanta that started with the Bobby Jones Golf Course.

Michael Holmes, whose father was behind the move, was also at the gathering and briefly spoke about the museum’s role in bringing the story to light. “I was so proud when Damion Thomas approached me. I was able to spend time looking back at the history of this event which I really hadn’t paid that much attention to,” said Holmes.

He said that he developed a very large exhibit on the actions surrounding that effort by his dad Alfred “Tup” Holmes, granddad Dr. Hamilton M. Holmes and uncle Oliver Holmes to integrate public parks. They were turned away from the park because they were black, prompting Holmes to sue the city in 1953. Two years later in 1955, the case reached the U.S. Supreme Court where justices ruled in his favor. The decision desegregated America’s public golf courses. It is recognized as the first desegregation lawsuit in Atlanta. 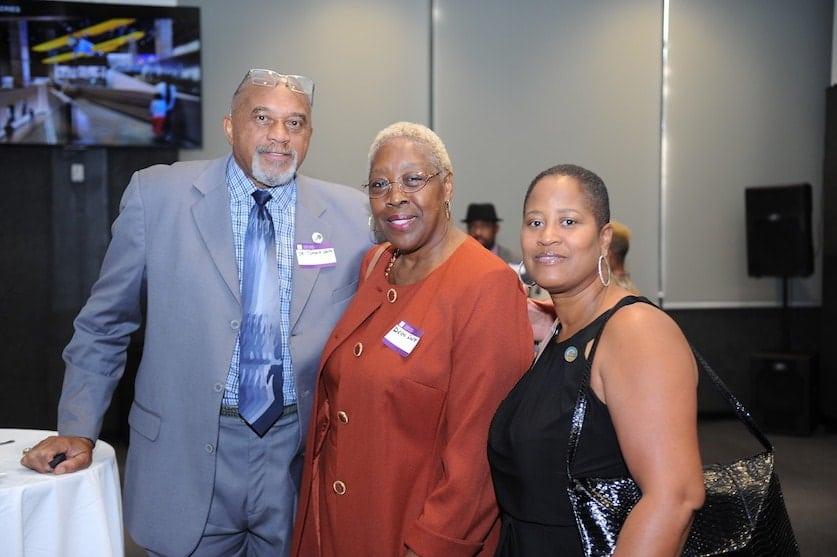 The exhibit is currently at the Bobby Jones Golf Course right but will be moved to the Alfred “Tup” Holmes golf course starting in October. There, it will be a permanent exhibit.

As it so happens, Holmes’ father was an entrepreneur. And his son, who has previously taught on the subject at Morehouse, Georgia State and Spelman, sees a connection between golfing and entrepreneurship. “Entrepreneurship is the hardest thing that you’ll ever do in your life because you don’t have a roadmap. You have to play the role as you see it,” he said. “Golf is that you’re playing this course which is very much different from that course. You have to be adaptable, you have to learn how to think quickly and learn how to play what you see in front of you not what you hope you will see and I think that’s really one of the true things about golfing and being an entrepreneur.”

With 900 ambassadors and counting since its inception in 2012, Coleman hopes to increase participation by 30 to 40 percent this year. The program will continue to do groundwork opening the conversation about the museum with stops in Los Angeles, New York, the D.C.-Maryland-Virginia area, and Chicago. 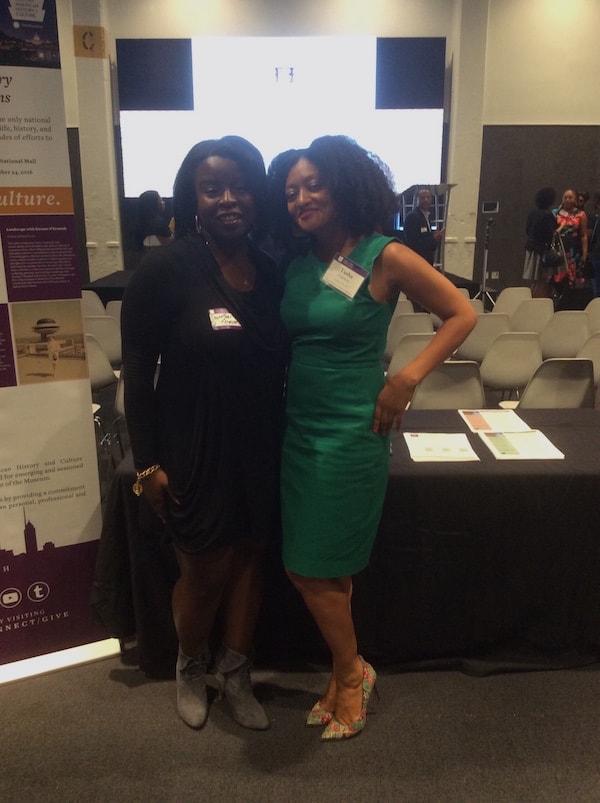 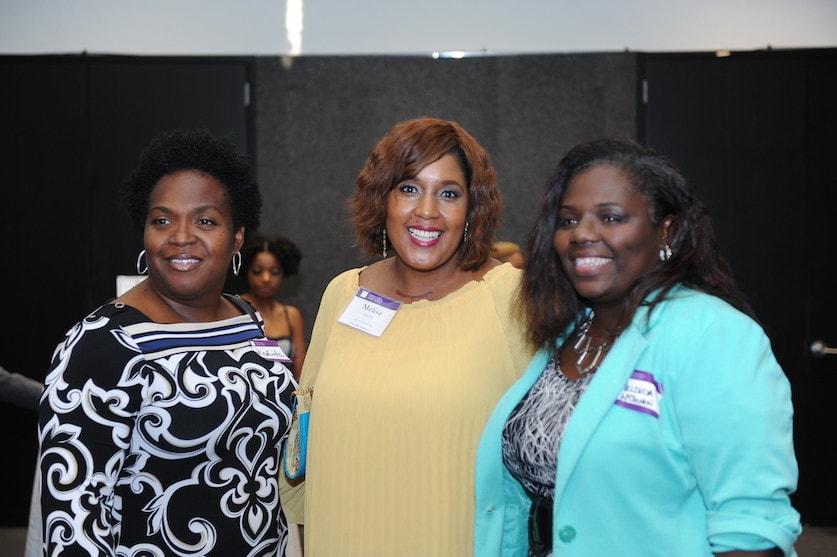