Starting a business? You need a website – and you need it now 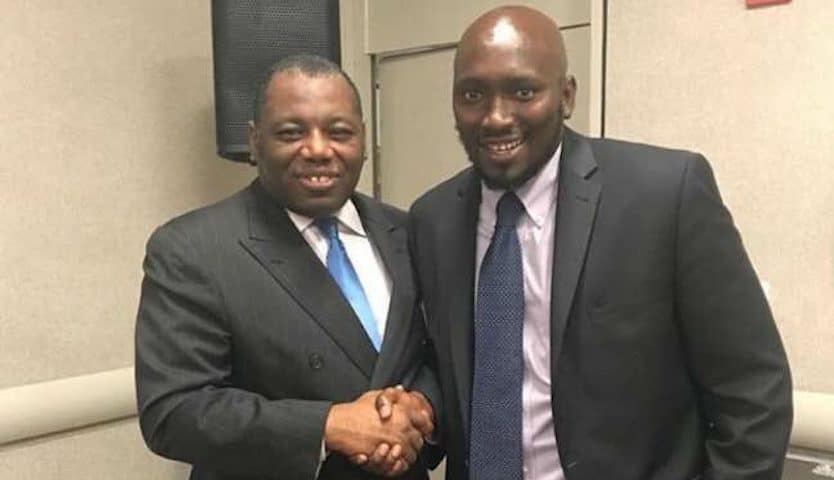 Legal Equalizer emerged as the victor at this year’s Rainbow PUSH 2020 Think Tank Pitch Contest. The Atlanta-based tech startup was selected by an esteemed panel of judges to win a cash prize of $5,000.

The five tech founders vying for a bid at the money were Jay Jackson with RYSE, Temiloluwa Adeniyi with Nopneu, Julius Richards with TAGEE, Ivory Mouzon with Takerz and Mbye Njie with Legal Equalizer. Participants — who were chosen to present from a pool of applicants — were given 10 minutes to present their business. The judges were allocated five minutes to ask probing questions after each pitch. 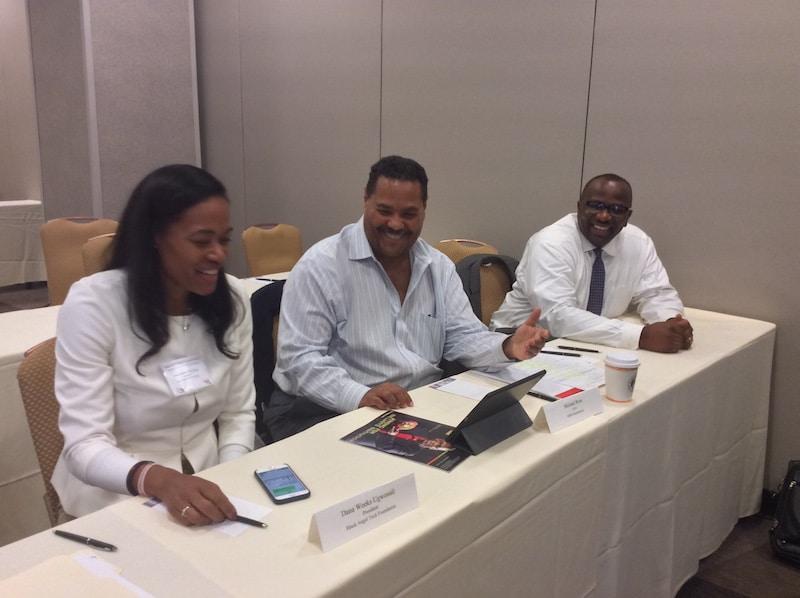 “The founder was well-prepared, had an interesting concept, and was passionate in his presentation,” said Ross in response to why the judges selected Legal Equalizer. “These factors weighed heavily in his favor. In addition, the business idea reflected the mission of the Rainbow PUSH Coalition.”

At the conclusion of the event, Legal Equalizer Founder told UrbanGeekz, “Honestly, it’s humbling. It’s an honor. Just to know what the judges and the people here have accomplished in not just tech but also in finance and business.”

Njie’s product assists people in situations with law enforcement. The app lets people know their rights, alert their loved ones to their location and a map on how to get to there. The app also allows people to record encounters and call their attorney in real-time.

“It’s important because when you look at the different situations going on today. As of today, we’ve had 941 people killed by police alone in 2017. Over a hundred thousand immigrants who have been jailed by ICE. A lot of those guys had rights and laws that they didn’t know as well,” Njie said. “These are issues that have plagued and affected us for a long time. But we didn’t have a solution to actually fix it.”

In addition to Legal Equalizer, a cash prize of $2,500 was awarded to Nopneu, who came in at second place. Nopneu is a social enterprise and biotech startup that allows caregivers to diagnose pneumonia in infants in a fraction of the time it would take at the hospital and at a less costly price point. RYSE, a media distribution platform and online streaming service targeted at multicultural millennials, walked away with $1,000 as the third place runner-up. 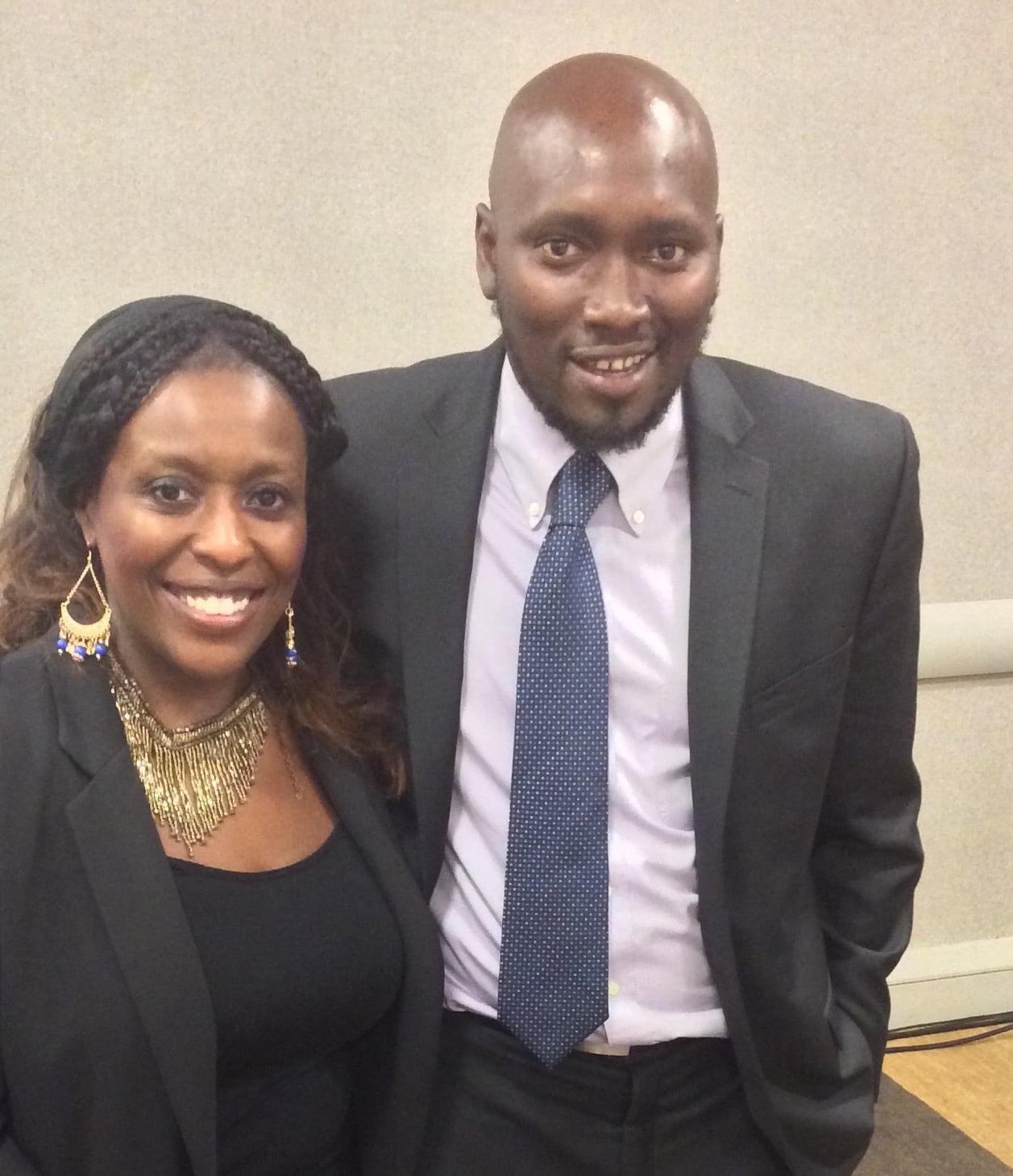 Dudley Jr., who is also the President of Dudley Direct, Inc. said that he was really excited with this year’s turnout. “We had some great presenters and awesome judges who were able to give our presenters great feedback on their presentations,” he said. “It’s important to understand how investors make decisions in the real world and I believe our presenters were able to get that first hand.”

After the winner was announced the judges encouraged all the participants standing in the room. Beyond capital, mentorship and access to resources are also critical for women and minority founders of color, they said. Getting feedback from other entrepreneurs who have experienced growth and setbacks (like the individuals who evaluated the pitches) is also important whether entrepreneurs are getting their product off the ground or trying to get their market operation to scale.

Speaking from the stage Sampson told the participants, “You shouldn’t give up. You should pivot. There are companies in our portfolios that have probably raised over a $100 million dollars and they still pivoted.”

And for black people in particular, seasoned and luminary leaders sharing knowledge is fundamental to sustain the momentum of increasing the number of high-profile, billion dollars, black and brown startups with unicorn status.

The advice that was given spoke to knowing your numbers when speaking with potential investors, being realistic about the difficulties that people of color face when asking for money and knowing what you want the end to be.

Coleman mentioned the leverage that comes with creating value so that others want what you have. He cited how Bob Johnson, approached investors 65 times before getting a bid for BET but later ended up selling the black music, news, and movie channel to entertainment giant Viacom for a $3 whopping billion dollars.

Continuing to Advance Communities of Color

Njie also said he was happy to receive the top contender award because of the competition’s association with the Rainbow PUSH Coalition. “That’s a group that’s synonymous with social justice and helping out disenfranchised and making sure people have that equal access to the pursuit of happiness,” he said.

The multi-racial and multi-issue organization is the life’s work of Reverend Jesse L. Jackson, Sr., civil rights icon and progressive thought provoker. Formed in 1996, it has headquarters in Chicago and offices in Washington, D.C., Detroit, Houston, Los Angeles, New York, Oakland, and Atlanta.

According to the website, its mission is to protect, defend, and gain civil rights by leveling the economic and educational playing fields, and to promote peace and justice around the world. The organization also has members from the international community.

In addition to tech, this year’s 18th annual conference held several panels spanning topics including entertainment and media, sports, economic development, and theology. A candidate mayoral forum took place for the upcoming local election, as well as, signature events including the Hope is Alive Awards Gala, Ministers’ Luncheon and Women in Leadership Breakfast.