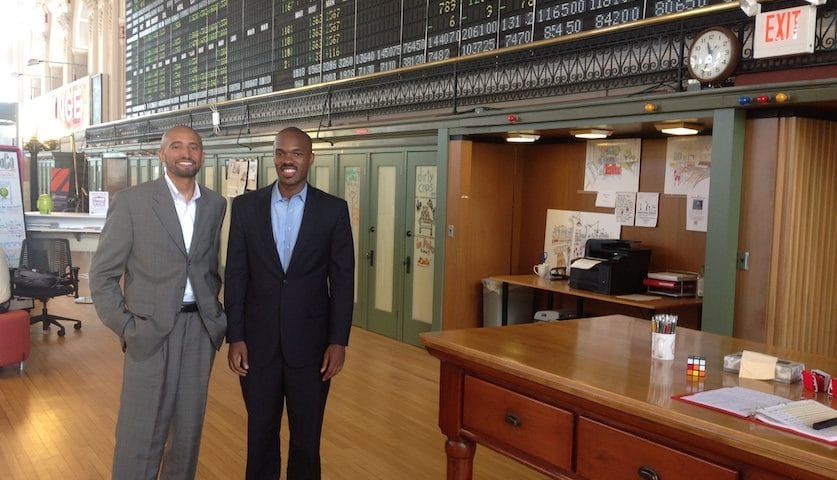 The search for discovering black-owned businesses in metropolitan cities across the U.S. has just been made easier through a new mobile application known as Tuloko.

The Yelp-like app gives consumers information at the tip of their fingers on black-owned or black-friendly businesses, curated news and events, along with a chat messenger service that allows users to connect based on shared interests. The tech startup is the brainchild of Sean Armstrong and Duane Johnson, two young St. Louis-based entrepreneurs.

In an interview with UrbanGeekz, Armstrong said his business technology background along with experiences growing up in Detroit, Michigan, inspired him to create Tuloko. “I had these skill sets that I thought could be valuable to the black community and business owners to accelerate their growth,” said Tuloko co-founder Armstrong. “So I thought why not bring what I’ve learned back to the community.”

Joel Dixon, an Atlanta-based business development specialist who has invested in the company, believes economic empowerment is much needed in the black community. “Unemployment in the black community will decrease when black-owned businesses are hiring more African Americans,” Dixon said. “So if we can start increasing the impact and growth of black businesses, then we can start decreasing black unemployment rates.”

The founders launched their mobile app during the Million Man March 20th anniversary this October. It’s an offshoot of their original platform, the Tuloko website and online business search engine for black-owned businesses that launched in 2012.

Their mission is for the Tuloko app to be an economic empowerment tool for the African-American community and it comes as the #BlackoutBlackFriday and #NotOneDime movement is gaining momentum, where consumers will once again boycott large retailers after Thanksgiving from Nov. 27 to Nov. 30. In doing so, protesters aim to take a stand in the fight for economic freedom and equality.

The app is available for download on the Apple App store and the Google Play store. It allows consumers to search, add, and support black owned businesses and culturally tailored events and news. All types of black-owned businesses can be found or added onto the app, including restaurants, coffee shops, doctors’offices, and so on. It even enables consumers to write reviews, much like the popular social networking and local search website Yelp.

The Mobile App makes the platform accessible in real time

“A lot of people are mobile and use their phones to do things,” Dixon said. “So we are now basically taking the website and making it mobile so people can support and search for black-owned businesses in real time.”

Through the use of crowdsourcing, users are able to add black-owned businesses that they know and support onto the Tuloko app for everyone to see.

“Now it’s the crowd that is going to be able to really add value to the different cities they’re at by putting up the black-owned businesses they currently go to,” Dixon said. “It’s not just us being responsible for finding every black-owned business across the U.S, but now our consumers are helping out as well.”

As a startup, Armstrong and Johnson had their share of hurdles, from bootstrapping for product development to keeping the startup up and running. “The biggest obstacle in building a product is building the capital for it, especially since we have a niche market,” Armstrong said. “It was great that we were able to win multiple competitions in order to get that capital.”

A few of the awards that Armstrong and Johnson have scooped includes Harvard Business School Social Enterprise Competition runner-up, the CURA Tech Grant recipient, and Mosaic/Social Venture Partners Social Entrepreneur of the Year. They were also featured on CNN’s Black in America series.

Dixon said Tuloko is on track to be the preeminent resource in the U.S. for finding, adding, and supporting black owned businesses within the next few years.

“We don’t just want to be another group of people talking about the problem,” he said. “We want to now be able to provide a solution that can help address the problem and technology is one of those methods.”