Time Is Precious: How To Reduce Workloads And Increase Profits 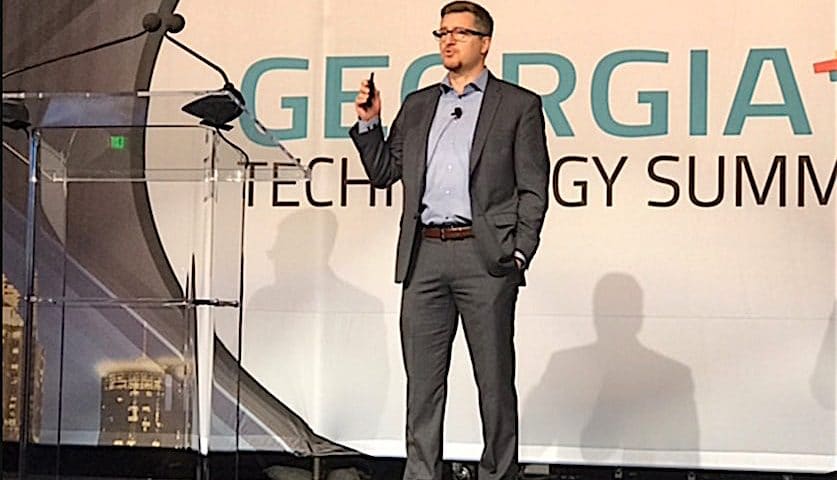 The Executive Director of Boomtown has just announced the launch of a brand new startup accelerator in Atlanta.

In the first public announcement, Toby Krout disclosed the news to more than 1,000 attendees at the Technology Association of Georgia’s (TAG) 2017 Georgia Technology Summit. The Farm Startup Accelerator is an innovative collaboration between Boomtown and Comcast NBCUniversal, he said.

“Importantly Comcast NBCUniversal and Boomtown recognize that this [Atlanta] is already a thriving entrepreneurial ecosystem,” said Krout on stage at the summit. “What we want to do is we want to complement and amplify what already exists.”

Based in the sprawling new development for the Atlanta Braves, The Farm will offer a variety of programs to support and nurture select startups, including a 12-week accelerator directed by Boulder, Colorado-based Boomtown. Applications will open for its first class over summer. The inaugural program will launch in early 2018.

“These startups will have office space where they can work and get benefit from the ecosystem,” Krout added. “It’s also for startups that have maybe graduated or are a little further along. They’ll also have space that they can work out of here.”

Krout was just one of several speakers who graced the stage at the Georgia Technology Summit (GTS) on Thursday at the Cobb Galleria Centre. Now in its 13th year, this latest production focused on “Innovation and Discovery” in Georgia’s tech ecosystem.

Keynote speakers for the one-day event were Glenn Lurie, President and CEO of AT&T Mobility and Consumer Operations; Caleb Harper, principal investigator and director of the Open Agriculture MIT Media Lab; Jeffrey C. Sprecher, Founder, Chairman, and CEO of publicly-held Intercontinental Exchange, Inc. (NYSE: ICE) and Chairman of the New York Stock Exchange who was inducted into the Technology Hall of Fame of Georgia. 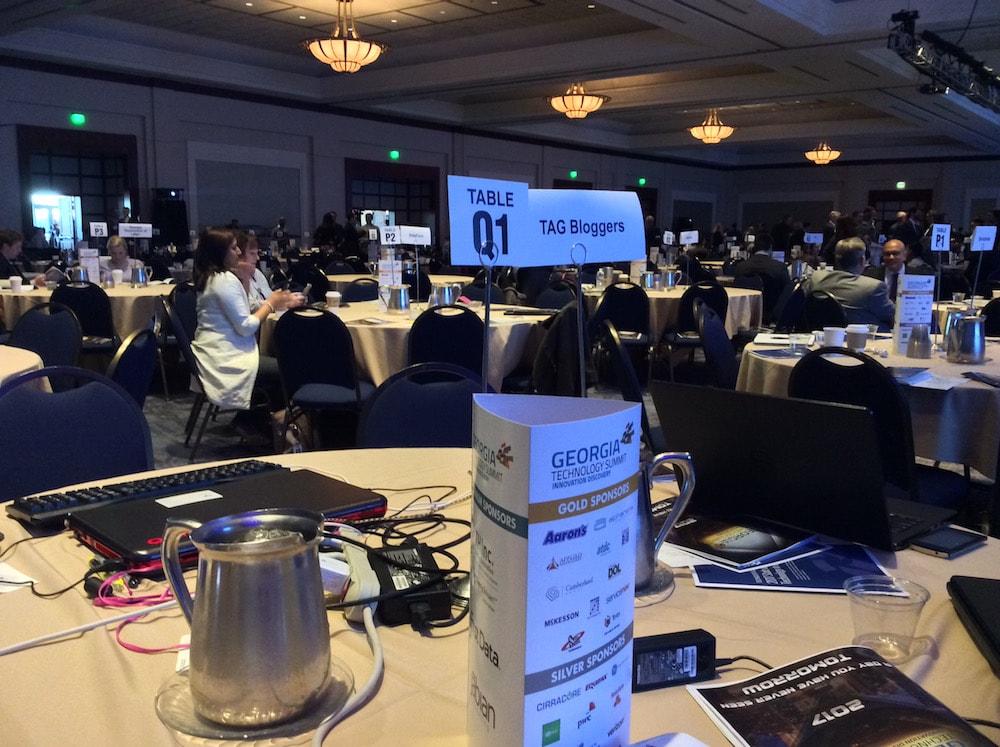 The view from the TAG Bloggers Table at the Georgia Technology Summit at Cobb Galleria Centre on March 23, 2017

A signature event for TAG, the GTS draws influencers and leading players in the tech industry across Georgia. This includes CEOs, CIOs, CTOs, academics, and technology entrepreneurs, among others.

In addition to a host of high caliber speakers and networking opportunities, GTS spotlights trailblazers in region’s technology sector. The summit recognizes the Top 40 most Innovative Companies in Georgia. Of these, the Top 10 tech industry innovators are given a platform to present their companies on stage.

TAG’s Top 40 Awards recognize Georgia-based technology companies for their innovation, financial impact, and their efforts at spreading awareness of Georgia’s technology initiatives throughout the U.S. and globally.

“The 2017 Top 40 finalists are an elite group of innovators who represent the very best of Georgia’s Technology community,” said Larry Williams, president and CEO of TAG. “The 2017 Top 40 finalists are shining examples of what makes our state such a hotbed for technology, and we applaud them for standing out as leaders in Georgia’s technology community.”

TAG is the leading technology industry association in the state, serving more than 35,000 members through regional chapters in Metro Atlanta, Athens, Augusta, Columbus, Macon/Middle Georgia, and Savannah. TAG’s mission is to educate, promote, and unite Georgia’s technology community to foster an innovative and connected marketplace that stimulates and enhances a tech-based economy.