How to Minimize the Risks Behind Using Cloud in Your Business

The Changing Poker Face of Online Poker: Why Tech Makes Learning Easy for Everyone

The Fuel Debate: Should Drivers Buy Gas or Gas With Ethanol? 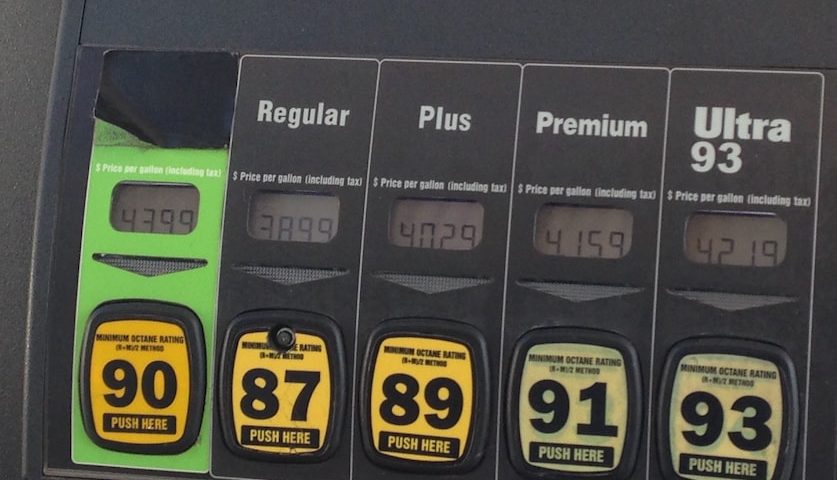 A debate becoming as commonplace and as dividing as the Coke versus Pepsi controversy is the contention between pure gasoline and gasoline with added ethanol. Many drivers seem to have a strong preference for one and a strong disdain for the other, but what exactly is the big deal? What are the pros and cons of buying straight gas versus buying gasoline with a percentage of ethanol? To understand this increasingly heated debate, look to the legality of the subject, the science and the availability of both fuel options.

Under the Energy Policy Act of 2005, Congress composed the renewable fuel standard (RFS) program in an attempt to do three things: grow the U.S. renewable fuels sector, reduce greenhouse gas emissions and disrupt American dependency on imported oil. To further these causes, the RFS program was later expanded in 2007 under the Energy Independence and Security Act to recommend specific fuel options.

Specifically, the program limits petroleum-based transportation fuel and heating oil by requiring substitution with one of four renewable fuel categories: advanced biofuel, biomass-based diesel, cellulosic biofuel or total renewable fuel. To qualify as a renewable fuel, products must contribute to greenhouse gas (GHG) emissions reduction. Fuel that consists of gasoline blended with a percentage of ethanol, usually at 10 percent (E10) and 15 percent (E15), is approved under the RFS program. Ethanol is a sugarcane or corn derivative, so it burns cleaner and is currently a popular additive. Adding cleaner-burning ethanol to gasoline creates a greener transportation fuel. But being cleaner is one thing; drivers still want to know if it runs as well as pure gasoline.

Both sides of the debate can agree that cars produced before 2007 run better on 100 percent gasoline, and the EPA is in consensus as cars made before 2007 are not expected to use ethanol blends under the RFS program, Popular Mechanics says. These cars were not designed to handle the combination fuel since ethanol is essentially alcohol. So, the great debate here is whether or not the water compound found in ethanol will corrode the gas lines of a vehicle, pre- or post-2007, and negatively affect the performance of the engine.

The scientific theory against the use of E10 and E15 fuels is based on the concept of phase separation, the point at which water separates from alcohol. If a driver purchases ethanol gas that has not been stored and handled properly, that gas may be reaching phase separation. If the ambient temperature then shifts significantly, say due to an overnight cold front, the water could separate from the alcohol. The alcohol would drop to the bottom of the tank, the water would rise, and the engine would not run, in theory, Popular Mechanics explains. In 100 percent gasoline, this would not occur.

Others argue that ethanol-blended fuel actually enhances engine performance in vehicles designed to handle the blend. Pressures and temperatures inside ethanol engines differ from traditional engines. Ethanol engines require fluorocarbon rubber for their rubber sealants and o-rings. Traditional rubber can deteriorate, causing clogging in the fuel lines. The high fluorine grades allow for better resistance to swell in oxygenated and high octane blends, which in theory, results in superior performance in engines running on ethanol-blended gasoline.

But if a consumer is positive that his or her engine runs best on one to the other, does he or she even have a choice?

After the passing of the RFS program, is it even possible to buy straight gasoline? The answer is yes, but it depends on location. Several states have approved and denied mandates concerning the requirement and percentage of ethanol-blended fuels, though some states have made no regulation efforts at all. Currently, Oregon, Louisiana, Montana, Pennsylvania, Minnesota, Missouri, and Washington are the only states to mandate ethanol-blended fuels, Hemmings Daily says. A couple states have overturned mandates requiring the sale of only ethanol blends but most remain unaffected. If a gas station does carry 100 percent gasoline, though, the station owner is required to clearly mark the tank that supplies the fuel for customers to readily see.

The answer to the great fuel debate question is that it depends. Unless a vehicle was produced before 2007, its engine is generally capable of running on either fuel, though proponents on either side of the debate swear by their chosen fuel. It is worth mentioning that pure gasoline is more expensive and ethanol blends, sometimes significantly so. All in all, the best bet for choosing the fuel that will best run a vehicle on is to see which fuels are geographically available and talk to the specific dealer or manufacturer to find out which fuel works best with the particular design of the engine.