What Are The Advantages Of Getting An MBA 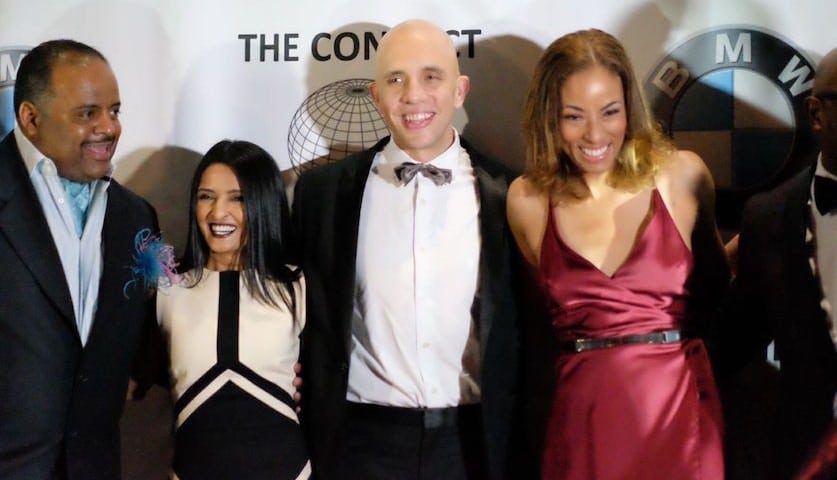 BMW hosted a spectacular night for their inaugural “Celebration of Culture” event at the Georgia Freight Depot in downtown Atlanta featuring a night of music, fashion, visual art, and food inspired by diverse cultures.

A Celebration of Culture (CoC) joins a lineup of diversity and inclusion initiatives by the global luxury car brand, which already includes its “Women Who Pay It 4ward” Honors brunch. That event series recognizes multicultural women making a difference in their fields, communities and the lives of others.

But CoC spotlights diversity on a much broader and larger scale, perhaps at a time where America needs a reminder of the immigration roots that it comes from.

“We live in a world where, particularly in the United States, we’re made up of a variety of cultures. What makes America beautiful is that we have so many cultures,” Kevin M. Williams, BMW of North America Head of Multicultural Marketing & Diversity Inclusion told UrbanGeekz. “Despite what you hear in the news sometimes, where there’s all this separation of cultures and that sort of thing. Diversity in America is real. Why not celebrate it? Accept it, own it, celebrate it, and share it,” he said.

Nothing has more cultural significance than the food that people consume. The highlight of the event was definitely the live cooking demonstrations that enticed the crowd by three phenomenal celebrity chefs: Palak Patel, Ronaldo Linares and Nichelle Benford.

“It was a honor to be a chef and be a part of something where they celebrate culture, they celebrate chefs and they celebrate just the idea of having fun,” Benford told UrbanGeekz. “It was also great to be a chef and to stand in front of an audience instead of the back and put on a gown. All of that was really amazing. BMW and Connect have done a great job of putting together events that bring us together, celebrate each other, our differences and the things we have in common,” she said.

The event officially began with a presentation of the Dragon dance, a traditional performance in Chinese culture. Models sashayed around the venue in pieces representative of African, Asian and Hispanic culture by fashion designer Tristan Blake. On site live painting was provided by renowned painter and designer Dwayne ‘Dubelyoo’ Wright. And at the conclusion of the night, Derrick ‘D-Nice’ Jones and Doug E. Fresh provided the ultimate party jams for guests to get down to. Celebrities that walked down the red carpet included Jermaine Dupri, Julius ‘Dr. J’ Irving, Cynthia Bailey, Lisa Wu and others.

During the season of giving, Williams presented a $5,000 dollar check to Irving on behalf of his daughter’s Grab A Ball & Play Foundation.

Journalist and TV host Roland Martin hosted the red carpet and comedian Jonathan Slocumb was at the mic during the entire night making attendees laugh and enjoy the festivities.

If BMW decides to make this event into another one of its national series, locals can anticipate a thrilling time to connect, uplift and celebrate what makes the world go ‘round.