Useful things you need to know about Merchant Cash Advance 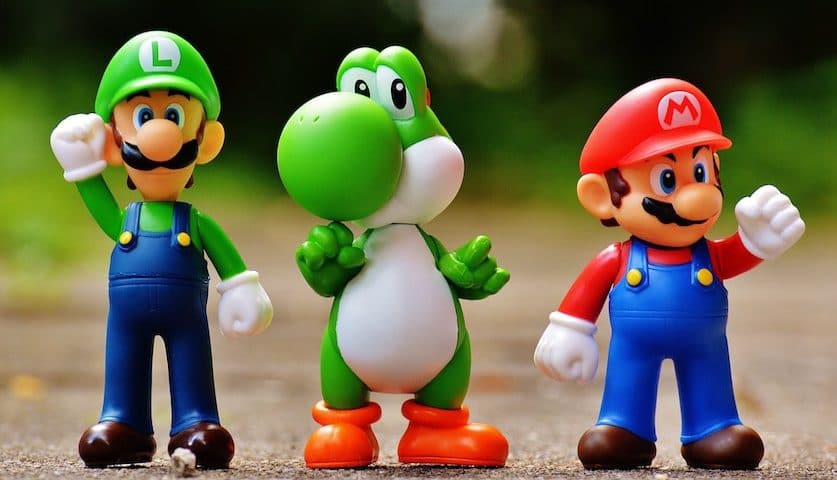 Video games are now so advanced that the graphics are almost cinematic in quality. They are almost at the level of accuracy in their realistic portrayal that they would rival some Hollywood films. However the more simple qualities of retro games have made a bit of a comeback and some of the early games fetch a high price, as do the consoles on which to play them. Everyone will have their own opinion on what they think the top retro game list should feature. However, the following games should be high on the list of most iconic video games.

Space invaders is an iconic game loved by all, who were lucky enough to experience gaming at the very beginning. So simple, yet addictive. Even retro gamers born after the game was first introduced enjoy its appeal. The game was created by Tomohiro Nishikado in 1978 and was released on various gaming platforms. In 1980 the game’s popularity rose considerably when it was released on Atari. The aim of the game is to destroy the aliens, the game gets harder and harder as more aliens are destroyed. It was one of the first shooting games ever released.

Micro machines was released in 1991. The game was based on a range of miniature, collectible toy cars. You play the part of a miniature toy car racing around different household settings including table tops set for dinner. The game was really addictive and many other versions and remakes have been released since. The most recent Micro Machines game was released this year. The game has truly stood the test of time in popularity and deserves a place high on the list of top retro games.

Is there anyone on the planet who can’t name the funny, yellow circle based character Pac-man? Pac-man has the highest brand awareness of any video game and the merchandise that accompanies the brand is incredibly far-reaching. TV series and top-selling music singles accompany the brand. Pac-man is as popular now as it was when released in 1980. It was developed in Japan by Namco. Pac-man brought a nice change from all the shooting games that were around. It is credited in being a landmark game in introducing a new genre.

Final Fantasy has an impressive history spanning 30 years. It was released in 1987 and the new version Final fantasy mobile game on ios/android has now been released. Final Fantasy is a franchise based on science fiction, fantasy role-playing video games. The franchise has achieved great success and it has branched into films and novels. Each game is played in a different setting. You follow stories and tasks to complete the game. The characters in the game are strong and heroic, your main mission being to combat evil.

Mario is owned by Nintendo and is the best selling video game franchise of all time! Who would have guessed that the short Italian plumber would become so popular. Mario has featured in more than 200 video games since his creation in 1981. Today’s gamers are still enjoying his charms in games such as Mario Odyssey on the Nintendo Switch.

Sonic The Hedgehog is owned by Sega and was created in 1991. Sonic stole everyone’s heart with his charm. The franchise created cartoons and a comic book series to complement the character. The games were platform style and based on speed. In 2008 Sonic teamed up with Mario for the Olympics in Beijing, which was released on the Nintendo Wii and DS. The most recent Mario and Sonic game was set in Rio for the Olympics 2016 which was released on the Wii U and 3DS.

The Legend Of Zelda

The Legend of Zelda is a high action fantasy game, owned by Nintendo. The game was first released in 1986 and was developed to be played on all 19 of Nintendo’s gaming consoles. Link is the main character and he has tasks to complete. Normally the tasks involve saving Princess Zelda from the villain in the game called Ganon. The Legend Of Zelda is one of Nintendo’s most successful franchises and has recently been released on the Nintendo Switch.

Creating a list of top retro games is definitely subjective, as everyone has their own opinions, likes, and dislikes. The games listed have stood the test of time and hold memories for so many people, therefore deserve to feature in the list somewhere, at least.