Jump Into the Future With These 3 Affordable Gadgets 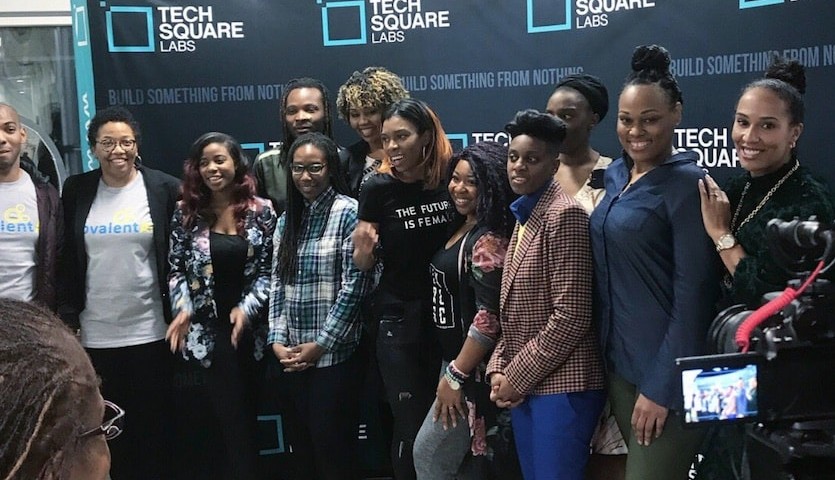 Black and Latina women with innovative tech products to transform industries and disrupt the social landscape presented their platforms to a packed room of attendees at the inaugural pitch night for TechSquare Labs’ BuiltxWomen initiative.

The seven participants each had five minutes to pitch in front of a panel of experts for invaluable feedback. Judges consisted of Candace Mitchell, Michael Mazier, and Charleston Carlton.

The women are the first group of graduates from #BuiltxWomen, a six-month pilot that offers part-time co-working space out of TechSquare Labs and hands-on mentorship from successful entrepreneurs.

The program matches applicants who can build and someone who knows how to go-to-market so they can develop a prototype that is launched into the market. Participants attend bi-weekly learning labs culminating with the development of problem-solving products.

“The idea came about when TechSquare Labs wanted to create a program for women of color,” said Diamonde Williamson, founder and CEO of Blossom and Executive Producer of Majority Women, who is at the helm of BuiltxWomen. “Being that I’ve worked for years with women of color, I was able to serve as a facilitator by bringing instructors in to help lead each of the labs.”

The pilot program included the founder of an app to revolutionize the barbershop industry, a platform that improves the quality and efficiency of client’s web applications, and a platform to inform citizens of contaminated water. Diversity at its finest. The seven presenters and their ventures were:

“Today’s pitch day was very exciting, we’ve been working for months on these apps and trying to get them built, so it felt good to kind of come together at one point and really share our gifts with the world and what we’ve been working on,” said Sumayya Holmes, founder of SoCruit, a platform to connect hospitals with qualified nurses through a digital referral system.

Williamson said that 100 founders applied but only the most promising were offered a spot. “The women were chosen based on industry expertise, size of the problem, and the idea for the solution. We did have a few women who were accepted into the program who decided to exit the program.”

Also #HappeningNow Diamonde Williamson giving a breakdown of the benefits of the #builtxwomen program to a packed house. #adayinthelife pic.twitter.com/x16XW2afeo

“Being a part of the program has been transformational, educational and definitely allowed me to open and expand my mind into areas that I never thought were possible for me,” said Shawntel White, founder of a wellness platform that connects and educates healthy lifestyle advocates.

“There’s not enough black women in technology and I was able to learn some new things like JavaScript. I was able to learn how I could build this thing and connect with people at TechSquare Labs who could help me build or at the very least understand what I wanted to build. So, this program and Diamonde as the program manager has been amazing. “

This month’s pitch event was the culmination of months of hard work and the final stage for the first cohort of women. The application window is now open for the second cohort. Wondering how you can make the cut? Williamson says that hunger and passion will make you stand out.