Make Your Wealth At Home

Your Business’s Software Infrastructure: A Guide

Myths About Medicine Everyone Believes 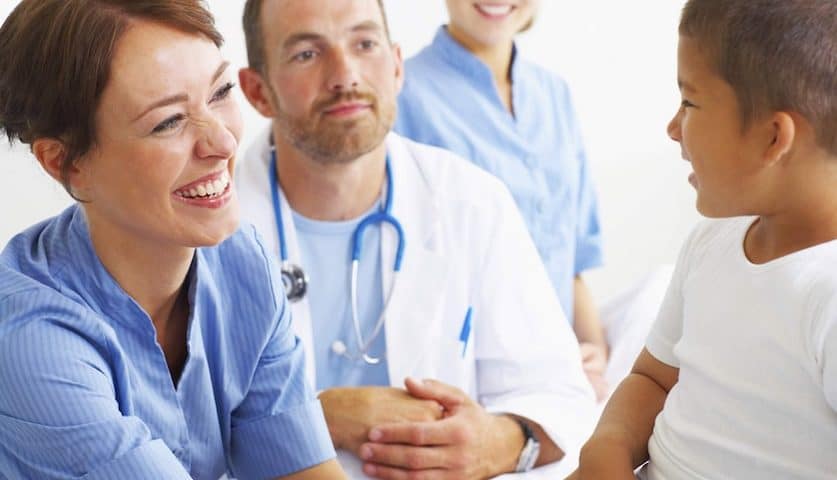 Whether you’re thinking about a career in medicine or you’re just fascinated by the medical industry, you might come across some facts about this sector of the world. Interestingly, there are a lot of myths and miscommunications about the medical field that just won’t disappear. If you want to go into medicine or you’re just thinking about going to see a doctor sometime soon, it’s important to separate the fact from the fiction. So, let’s look at the medical fibs and just won’t disappear.

Don’t believe Jenny Mccarthy or anyone else who doesn’t have a degree in medicine that talks about the dangers of vaccinations. It’s all nonsense and to prove this we have to go straight to the source of the miscommunication. The story of vaccinations causing mental health disorders originated from a medical research study into Autism and the possible causes. This study suggested that Autism could be caused by the chemicals in the MMR and other vaccinations of kids. Now, it’s important to realize a few things about this study straight off the bad. First, it has been completely discredited by the scientific community. Second, the man behind it is no longer considered a reputable source by doctors or psychologists. Third, while the researcher never helped fix misunderstandings, it was media reports that suggested a proven link between Autism and the Vaccine. In fact, the study actually showed that there were chemicals present in the gut in autistic children. This somehow jumped to the discussion of vaccinations in a way people still aren’t entirely sure of. It’s now considered what is commonly known as bad science. There is no evidence of any connection between mental health and vaccinations.

Supplements Are As Good As Medicine

Nope, afraid not and if you’re taking supplements that aren’t based on natural vitamins you could be putting your health in more danger. There’s not even any evidence to suggest that supplements actually do what they are supposed to. Ie, give you things that you might be missing from your diet. Many, seem to have a placebo effect. They only work because patients believe they are a medical fix, so it is a psychological fix, not a medical one. However, the biggest issue with supplements is that since they aren’t classified as medicine, they’re not regulated. Due to this, they can contain dangerous chemicals and may not even have the right dosage amounts on the bottle. There have been a number of issues with supplements in the media including but not limited to, a man who died from lead poisoning.

Working In Medicine Will Get You Rich Quick

Sorry to tell any aspiring doctors and medical health professionals this but most people in the healthcare industry aren’t millionaires. Instead, a large portion of health professionals work for a pay grade somewhere close to the average wage. Healthcare assistants salary ranges are great compared to typical jobs but compared to people’s expectations of a medical salary, not so much. Indeed, you can earn as little as fifteen thousand a year up to a few million working in medicine. So, it’s pretty much the same as any industry you choose. You might think, surely I’ll earn a lot of money working as a doctor? Don’t be so sure because for your first few years you’ll be an intern. Reports have revealed that intern doctors actually make less than minimum wage. It’s argued this is fair because they aren’t fully trained doctors yet. But at the same time, interns also work some of the longest hours in the medical field.

It would be a lie to say this has never happened, it has. There have been cases where doctors have been found guilty of being bribed to offer patients certain drugs and treatments. And, pharmaceutical companies certainly have a lot more power than they used to. Indeed, it’s quite common for companies selling drugs to have their own lobbyists. But those who think that this happens on what could be considered an epidemic level are mistaken. The fact is that this type of behavior often leads to doctors losing their medical license if they are caught. It’s just not something that the majority are willing to risk, and while there are ways to get around legality, it’s still dangerous. Once you lose your reputation as a doctor, it can be difficult to recover.

The idea that doctors don’t spend a lot of time with their patients is not a new one. It has been pushed by popular media but it’s not quite as bad as the widely reported ninety seconds per day. Indeed, doctors, do spend up to ninety minutes speaking with a patient per day. Particularly, if they had an issue that needs a diagnosis. However, it is true that patient interactions can also be less than nine minutes. It depends on the time the doctor has, the issue that the patient is facing and the less of attention they need. Less time doesn’t automatically mean that a problem is going to be missed.

One of the most widespread medical myths is that we only use ten percent of our brain power. And, more importantly, if we could unlock the other ninety percent, we’d be able to do incredible things. You have probably heard about this idea in sci-fi movies like Inception and The Matrix. While some sci-fi ideas are based on fact, this one has been misunderstood completely. The actual fact is that you can use as little as ten percent of your brain at any given time. With a brain scan, you don’t see large areas that are just lying dormant. Most of the brain is lit up and unfortunately, this is the desire to believe we haven’t reached the full potential that keeps this one alive. Do we use all our brain power when we’re asleep? That’s a little trickier to explain.

As you can see, then there are a lot of myths in the medical industry. But we hope we’ve busted a few of them.