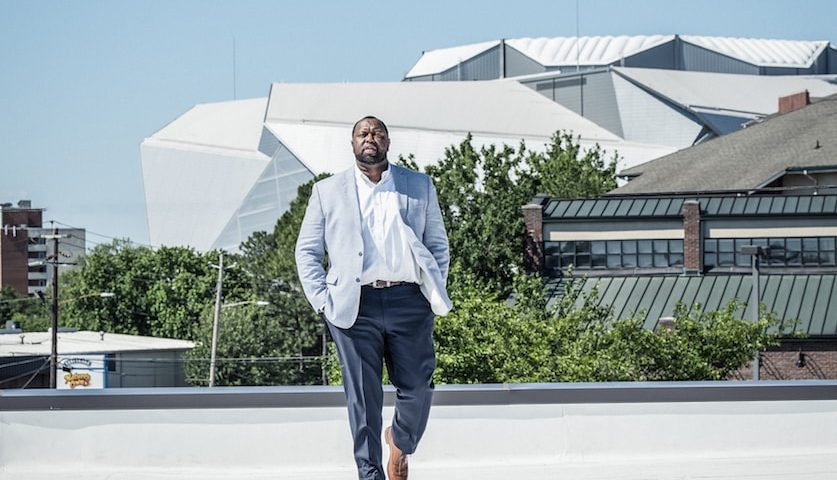 Committed to living by his personal motto “Build As We Climb”, James “Jay” Bailey has dedicated his life to uplifting the underserved. With more than a decade of experience in the economic empowerment space, Bailey is deeply committed to paying it forward.

In March, Bailey stepped into a new leadership role. He was appointed President and CEO of the Russell Center for Innovation & Entrepreneurship (RCIE). The center will house a 40,000-square-foot entrepreneurial and innovation center located in Atlanta’s Historic Castleberry Hill industrial neighborhood.

News of the project made rounds last year. Spearheaded by the Russell family, RCIE will honor the legacy of Herman J. Russell, a philanthropist and nationally recognized entrepreneur who built a construction and real estate conglomerate from the ground up. The idea is to revitalize the vicinity and create opportunities for entrepreneurs, particularly from underserved communities.

The center is now in the early stages of construction and is slated to open its doors to the public in 2019. 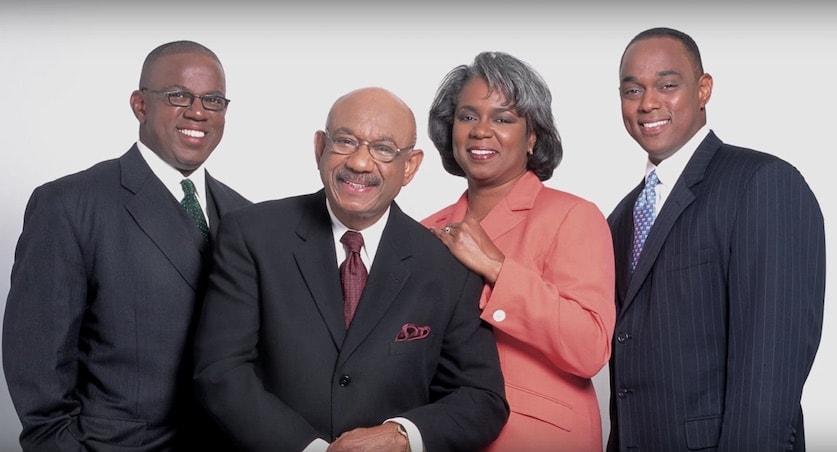 The Russell Center for Innovation & Entrepreneurship (RCIE) was founded by the family of the late Herman J. Russell to honor his legacy

After just months working on the job, Bailey is still riding high. It’s been a jam-packed schedule of meetings, travel commitments, and media requests. Earlier this month Bailey took some time out for a sit-down interview to talk through the project and answer our questions.

Leading the charge at RCIE will be the launchpad innovation studio, says Bailey. The 5,000-square-foot work area will not only be where individuals create their prototype but also serve as space if someone needs to do a production run to take to market.

“It will be one of the region’s most state of the art physical products labs,” said Bailey. “This will be a maker’s space on steroids. A true lab to market, this is where now for folks in the manufacturing space, folks in the maker’s space to be able to increase their capacity. And those in the region, where they kind of reach their plateau, we’ll be able to take them to the next level.”

Users will be given access to metal works, wood works, and everything that they need to take concepts into reality and physical products. According to Bailey, this space should be open over the coming months.

The rest of the grunt work will lie in designing and renovating the existing building that Russell built himself, brick by brick. The center received a  $3 million matching grant from the U.S. Department of Commerce’s Economic Development Administration last year.

When asked about further funding and capital for the project, Bailey said, “I think that the first phase of it is not front facing. It’s not about us going out and asking for individual dollars. It’s more of a quiet campaign. So we’ll be doing that for several months.”

Pressed about what kind of partnerships and investors the center is looking for, Bailey simply said, “There’s lots of interest for it.”

Herman J. Russell was himself a prolific entrepreneur and property magnate who worked on several high-profile buildings before his death in 2014. Notable projects include Equitable Life Assurance Building, Georgia Pacific Corporation Office Tower, the Georgia Dome, and the Coca-Cola headquarters.

Herman J. Russell was at the helm of one of the most successful minority-owned construction and real estate firms in the country

Castleberry Hill is one of the most historic and culturally rich neighborhood communities in the city. Before Russell purchased it, the area was a wasteland.

“Castleberry Hill wouldn’t be what it is today without his vision for what the Westside could be,” said Bailey. “And so when we talk about the excitement around the project, we have got to focus on the man who had the great vision for really moving our city forward. And unfortunately, there are not a lot of places in the city where you can hear his story. And that’s a story that needs to be told. And there are so many others. This institution that we’re building, we’re hoping to be able to tell those stories.”

Another key aspect of the center will be a museum dedicated to telling the narratives of entrepreneurs past and present. While there are a few incubators and accelerators in town, none have incorporated such an experience dedicated to the arts, history, or otherwise. The museum could be a special hallmark of the center, meant to inspire visitors with the rich history that Bailey says is bountiful.

In addition to Russell, visitors can anticipate the stories of Alonzo Herndon, Heman Perry, Paul Judge, and many others. And of course, RCIE is going to utilize cutting-edge technology to tell these narratives. There will be some digital exhibits where you get a different story every time.

Bailey makes clear though that RCIE is not a tech space, but a spot for all those with entrepreneurial hearts and minds to find a clear path to success. He said that they are taking the time to get input from entrepreneurs from every sector. They are conscious of including the community in the ongoing process.

“What we have the obligation to do with this center is to provide that access and opportunity: access to mentorship, access to education, access to role models, access to capital, access to networks and relationships at every level because we are, in my opinion, building something that’s never really been built before.”

“But as I’ve said many times, I see the role of the Russell center to be an epicenter of economic advancement, innovation, and entrepreneurship especially for underrepresented communities, if not for the nation, maybe the world.”